CelebriDucks were the hottest premium item in sports, with bidding over $300.00 on eBay for these lovable character ducks. We talk with the President of CelebriDucks Craig Wolfe in the June 2002 Interview.

Gameops.com with Craig Wolfe to find out what it’s like to spend years becoming the latest overnight sensation.

Craig’s Celebriducks are the hottest premium item in sports, with bidding over $300.00 on eBay for these lovable character ducks.

The Owner and President of Celebriducks, Craig Wolfe, joined us for the June 2002 Interview.

Note: Jeff Munneke from the Minnesota Timberwolves talked about his favorite giveaways during the September 2022 Party in the Back Podcast, noting Celebriducks so we dug this article out of the archives and updated. 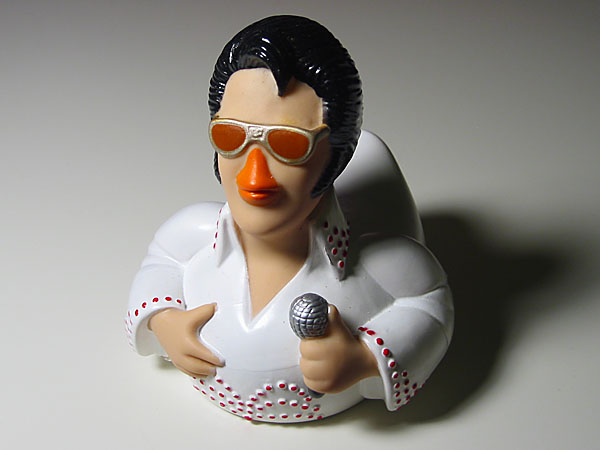 Craig Wolfe: It’s been remarkable. It’s funny, we had been doing this for a few years and we had an underground cult following with the assorted ducks we have on the web site, but most people did not know about us. Then the Iverson thing hit and overnight it went crazy. It was everything we hoped for, but never really thought would happen.

Gameops.com: So the Iverson Duck was the first one in sports?

Craig Wolfe : Yes, Dave Coskey the VP read an article in the Atlantic Sea Press, who had recently done a story on my business. The 76ers are always on the lookout for cutting edge promotions, so he called and we started talking. He thought it would get an extraordinary amount of publicity on the heels of the beanie babies and the bobbleheads.

After that was released, it really hit and stories were coming out in the LA Times and ESPN about fans lined up around the stadium to get their hands on these ducks. Police cars escorted the ducks into the arena.

Gameops.com: That may just be because it’s Philly (laughs). Did you ever think you’d be making your living selling rubber duckies?

Craig Wolfe : Not in a million years. We were publishing art work from television commercials. That was our business. One the side someone had the idea of doing ducks that looked like celebrities. And if you saw our first demo duck…well, it’s been said that it was an idea that should have never come to light. They were horrific. We saved them all, but they are scary. In our art business we always previously worked with other people’s designs from the commercials, and we really wanted our own product.

Had I known how difficult it would be, I may not have done it. The process of getting manufacturing set-up overseas and a balanced design took years to do.

Now is the fun part.

Gameops.com: So what’s one the horizon?

Craig Wolfe : Actually I just got back a prototype for a Mr. T duck and we are working on a transvestite duck from the Rocky Horror Picture Show. We are really going in all different directions here. We are also working with Major League baseball. [Update: Since this interview was conducted, Celebriducks have signed deals with NASCAR, the NHL and collegiate licensing.]

Gameops.com: How many sports promotions to you have setup right now?

Craig Wolfe : They just keep coming in. With the Sosa and Alou coming up, we will have done our first Major League Baseball. In fact I am throwing out the first pitch at one of the games.

We have Giambi with the Yankees and we are doing a new one for Babe Ruth and the Yankees. Pudge Rodriquez for the Rangers, which looks great with the catcher’s gear on. We also have the quarterback for the Indiana Firebirds (AFL). 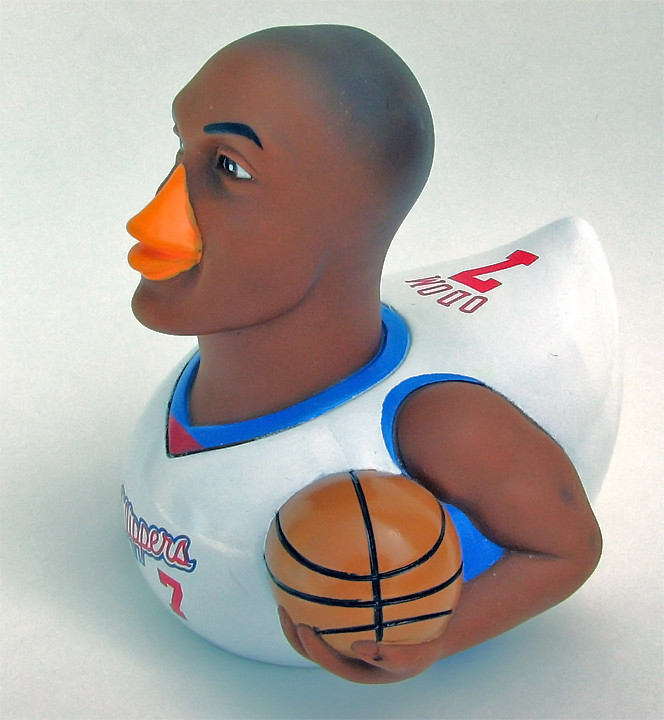 Gameops.com: So you are moving into all sports.

Gameops.com: Well, that one is a little obvious.

Craig Wolfe : Seems like everyday we get another call from around the country. Now we have corporations calling too. One hotel wants to do their CEO and put the ducks in all the rooms.

Gameops.com: You’re going to retire on this, you know that right?

Craig Wolfe : Well…(pause)…yeah. We’d be hard pressed to screw this up.

Gameops.com: What are the the steps teams need to take to get a Celebriduck?

Craig Wolfe : The biggest thing is lead time. Call early. The process takes a minimum of 3 months. Minimum, that’s if there is no waiting or special production.

Next, we need art work of the celebrity. As much as you can get of the person.

Our next step is to send a sculpt to you for approval.

A production mold and sample follow, which is painted so you can see it and approve it.

Another thing we do is put them in a really nice container. It makes for a great collectible and the teams use it for sponsorship as well, since there is great space for logos and information. 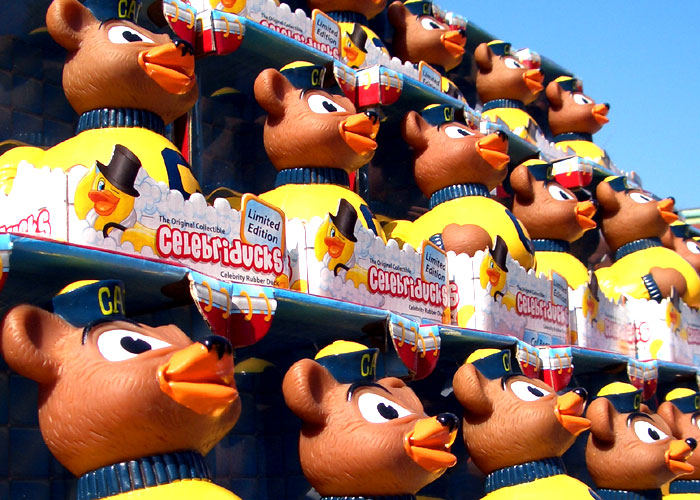 Gameops.com: So you really need a 3-6 month window?

Craig Wolfe : Yes, especially with sponsors, when you have a lot of people who need to sign off on this thing.

Fortunately we really have the process down. With our years of experience we are able to look at a red wax mold and envision how it will look and if it will work. The lessons we have learned over the last few years is really what serves us best now.

A while ago, my biggest fear was someone coming in and doing this cheap and knock us off. But now we have really established what the “Celebriduck” is and the level of detail and design that makes these really special. We know now that if someone did try to duplicate us, it would bankrupt themselves and if they don’t duplicate us, they will be offering a cheap and inferior product.

Gameops.com: What kind of minimums are you looking for for teams?

Craig Wolfe : Most teams do minimums around 5,000. The Yankees did 22,000, the lowest we’ve had was 4,000. The cost goes down pretty significantly with the higher quantities. We can do any runs, but you just save so much with higher runs. We can also put them in a bag instead of the carrying case, which can save a lot of money.

Teams also now are benefiting from the tremendous exposure. The Magic called us after the Iverson duck and wanted to do an inexpensive, more generic duck. We talked to them about it and they decided to go with the custom duck and it really turned out tremendously for them. The added exposure of the Celebriduck was so valuable for them that they are going ahead with a Tracy McGrady duck in the future. I think the free media exposure that the Magic were giving away “Celebriducks” was worth the price of the ducks alone for them.

Gameops.com: And as far as sponsorship you have a couple things you can offer.

Craig Wolfe : Sure between the hang-tag and the carry case, there are a lot of spaces for logos. The Horace Grant duck has “Time Warner Cable” printed right on the back.

Gameops.com: How about cost ranges?

Craig Wolfe: For ducks, the pricing really depends on quantities. In stores, the ducks retail for $12.00, so the value is there.

Gameops.com: And the fans love these things…

Craig Wolfe: Actually there was a poll recently on ESPN on what is your favorite giveaway, and we beat out Beanie Babies, Matchbox cars, lunch boxes and bobbleheads.

Gameops.com: Thanks for your time, I know it’s a busy time for you. Best of luck.

Former stars get buried in the sand by the BlueClaws in an effective value-added ticket package.