What will sports look like post-shelter at home? We look at the new landscape.

After 2 months off of sports its not clear when we will tip-off, kick-off, or drop another puck, but it is clear it will not look the same when we do. Whenever sports returns we can expect the ripple effects of the new norm to be visible everywhere.

Here is a photo of an undetermined Georgia Tech home game during the 1918 college football season. That's when the sport was hit by the Spanish flu and the end of World War I. The photo was taken by a student, Thomas Carter. It was provided by Georgia Tech alumnus Andy McNeal. pic.twitter.com/jgVvgtlUbK

This isn’t completely new, during the 1918 Spanish Flu baseball continued on with fans wearing masks and adapting to the dangers.  Currently teams are evaluating ticket sales patterns that would allow for spacing between family clusters of fans, a technique that would add social distancing and drastically reduce capacity. States and municipalities may have varying rules governing face masks, social distancing and raw numbers. In a video address to the NBPA on May 8th 2020, NBA Commissioner Adam Silver braced players for the possibility that no fans would even be allowed in some buildings through the 2020-21 season.

Buildings will face the new reality of having to protect both patrons and employees from the spread of the virus and the fears of mass gatherings. A new focus on touch-less experience, like transactions with no cash or credit cards changing hands and perhaps the transition to a completely ticketless experience. In addition, building will face the new challenge of being cleaned in a new way. Oak View Group’s Tim Leiweke explained, ““Before we open those doors, we have to create new standards that show people we actually took the extra steps to sanitize the building — the seats, concourse, rest rooms, concession stands and the clubs — and screen our employees when they come into work; we may also have to get people in and out of our buildings in a way that’s different from what we used to do.” Each of these changes present and entirely new way of business for buildings.

The time to reexamine and reimagine game presentation is also upon us. This will effect nearly every fan experience from the moment they arrive.

The trend of having entertainment teams and cheerleaders greet fans at the gate will seem thoughtless and out of place. 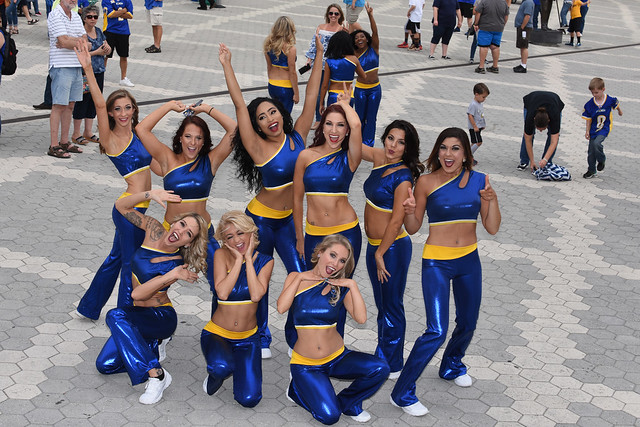 Performers sitting, standing and interacting with fans on platform, aisle and vomitories will likely be abandoned to maintain the added recommended social distance and new social norms. Between appearances and performances team may need to staged in locker rooms or back of the house, reducing their value and effect. Some teams may even consider reducing performer numbers and court/field spacing for performances.  All of these conditions are contingent on teams keeping performance teams in the short term with all of the restrictions and added layers of safety needed. 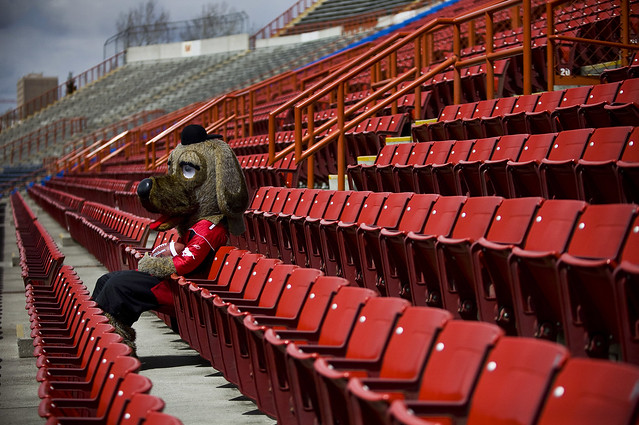 Mascots will face the same challenges, limiting their movements and direct interactions with fans. Camera phone photos, high-fives and cheer leading in the stands will all be rethought. Costume cleaning and maintenance will become more important than ever.

Everything is on the table including the elimination of on-court performances.  In that reality clever, engaging and fresh video board content will take on even more importance.  With the live performance arena shrinking the entertainment stage may exclusively become the video board. Performance teams and mascot may become music video-style entertainment to adapt. We look at the innovation from the Timberwolves Dance team in the Water Cooler, which may foreshadow dance team performances shift into a video production element and replacing their on-court dances.

Wolves Dancers getting good at Zoom

In-game contests face the same challenges. Without comprehensive testing and tracing (unlikely to be implemented), how many team will allow randomly selected fans to be on the same court as their players for wacky contests and presentations.

The teams who survive and thrive in this new environment will be the ones embracing and creating the likelihood of this new reality right now.

May the Fourth From a Galaxy Very Close to You

Wolves Dancers getting good at Zoom

Rocking with fans on a live stream from Cleveland.