Fresno shows what good touching is with this weekend community pre-game promotion.

When I first read of this promotion I hoped it was a take-off of the 1996 Documentary Hands on a Hardbody.

Hands on a Hardbody: The Documentary is a 1997 film directed by S. R. Bindler documenting an endurance competition that took place in Longview, Texas. The yearly competition pits twenty-four contestants against each other to see who can keep their hand on a pickup truck for the longest amount of time. Whoever endures the longest without leaning on the truck or squatting wins the truck. Five-minute breaks are issued every hour, and fifteen-minute breaks every six hours.

Instead the Grizzlies held a community event where kids can see all types of trucks up-close and personal. And do not mistake the power of a kid seeing a crane truck, dump truck or military Hummer up close. 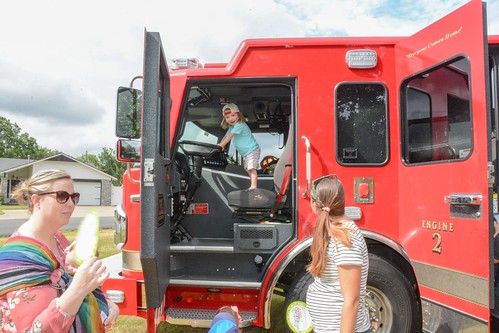 I love how the Grizzlies connected this Touch-a-Truck to the game to draw attract an audience.

Now who is gonna be the first team to combine a weekend series, Touch-a-Truck AND a Hands on Hardbody contest?

That’s where the real money is.

Last night’s Touch-a-Truck presented by Golden State Peterbilt was a blast! We loved seeing everyone (including Parker!) enjoy the cool vehicles at the ballpark 🚚 pic.twitter.com/kNHEiFQGk5

Otterbots are for Everyone

Sacramento Kings bring a mother to her knees in joy during a memorable time out.