T-shirt launches can be a safe part of your presentation with consideration to the risks. You can provide entertainment for the Homer Simpsons in your crowd, while minimizing the risks for the Maude Flanders.

The Simpson’s episode called “Alone Again Natura-Diddily” includes a clip of Homer Simpson that many teams have edited for use on the scoreboard as an introduction to a t-shirt giveaway. The clip shows Homer Simpson paint a ketchup target on his belly in an attempt to gain the attention of the cheerleaders below him who are launching T-shirts into the crowd. This pathetic and hysterical display provides a backdrop our topic of: T-shirt launching safety.

Homer shows the thrill and excitement that countless fans show when given the opportunity to receive a free $6 T-shirt. He also shows the desperation and insane extremes fans will go to in an effort to get these coveted prizes.   If you have seen more than 2-3 of these ubiquitous shirt giveaways, you likely have a story of a fan diving over a seat railing risking life and limb or a tale of two grown men nearly brawling over the prize.

There are many examples of when things go bad, including these:

As most teams know, these giveaways are a balance of risk and reward. The risk of fan injury balanced against the reward of what has become one of the most popular and common in-game elements in sports. What is interesting about the Simpson video clip is not the portion of the video depicting the naked Homer chanting “here T-shirt T-shirt T-shirt,” but what actually happens when the shirt launched for Homer sails over his head, striking Maude Flanders and knocking her off the stadium seats to her death. While the death may be an over-the-top example of the possible dangers, there are countless examples of injuries resulting from this promotion.

We contacted several industry leaders to ask their advice about how to minimize the risk of a shirt launch and we offer some additional thoughts on prize launch safety.

With more and more guns being produced and a variety of people operating them at various functions, someone is bound to make a mistake and get someone hurt. In my experience of building and operating the Super Sport Launcher at my NBA games, I have come to the conclusion that most safety issues are related to human error. We have built our guns with safety first and foremost in mind.   The Super Sport Launcher is built, like most I hope, with materials and products that are rated at least triple the psi at which they are operated. This allows for some human error, but as a safety measure our gun will not fire if the pressure is turned up too high.   Important precautions to remember:

I’m sure most of this makes perfect sense, but a little reminder never hurts.

Be SAFE and have FUN! 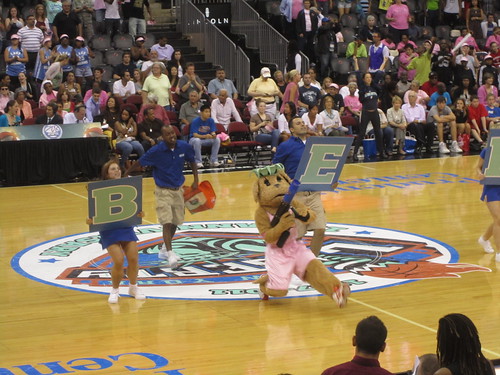