The Spurs have announced their are folding their popular Silver Spurs Dance team in favor of a new hype team.

The Spurs have announced their are folding their popular Silver Spurs Dance team in favor of a new hype team. Interesting move by and NBA team. Recently there have been some negative press related to pay and treatment for some dance teams across the county (not the Spurs) and there have been rumblings for about 10 years with teams who privately would like to move on from their dance teams or at least try to position their teams in a more positive modern light. It will be something to watch if other teams follow the Spurs down this path.

“We are excited to announce our new Spurs hype team,” said Spurs Sports & Entertainment Vice President Tammy Turner in a statement. “This team will further enhance the game-night experience for Spurs fans at the AT&T Center.” 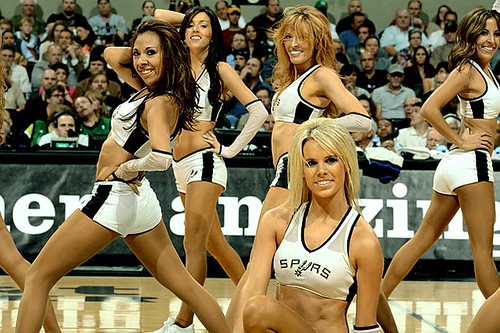 A sports promotion that has been tested to be 66.3% effective from Texas Tech.