A $.25 giveaway can provide a life-long memory, just ask Jon and Scott.

As a 10-year-old I probably didn’t need much encouragement to go to a Twins game. The Met was about 10 mins from my house and I went as often I could convince anyone to take me.

There were adults around
and I couldn’t make the break for the field.
-Cousin Scott

One night in 1978 the Yankees were visiting and the promotion for the night was a “Reggie! Bar” giveaway.  Note things might have been different then and a $.25 candy bar was an enticement to come to a game.  After all, tickets were probably $4 or $3 if you were a member of the Knothole Gang (but that is a topic for another post). 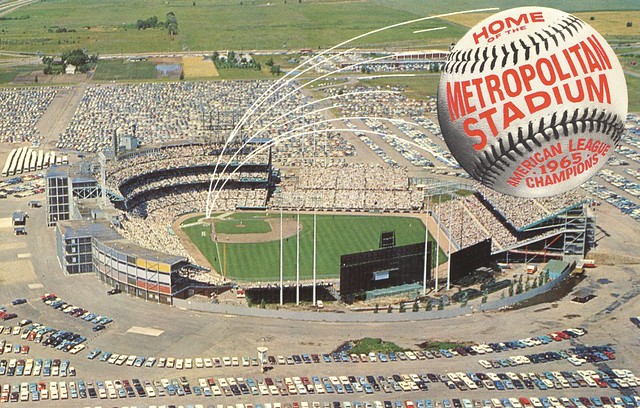 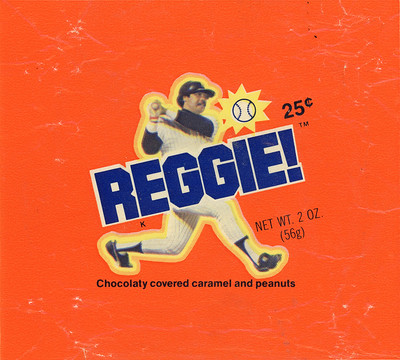 I recall my complete disappointment as I entered that the bars were already all gone.  I had been outmaneuvered and would not get my fix of this chocolaty covered carmel and peanut treat.  Side note: Reggie was a total villain to me as a Twins fan, so likely had some misgivings about supporting his confectionary projects.

After the game to my surprise, Reggie Bars were being given out as you EXIT the building.

It was total chaos at the gate.  I was part of a throng of people massed at the exit as 2-3 ushers tried to hand out bars. There were a hundred people screaming for candy and they stuck tossing candy bars out to the masses.  It was the sort of playful madness that 10 years olds love and probably why I haven’t forgotten this night.

I also recall running into my cousin Scott in that chaotic scene outside the gate.  As an older and taller cousin he was jumping up and trying to help me snare one while I scoured the ground.

To make sure this all wasn’t a dream I texted him to confirm the details.  His reply:

“This was not a dream. The only thing I remember about that game was fans were throwing the Reggie bars onto the field and I was planning my route to get into the field and getting more of those wonderful candy bars to bring home and enjoy for myself! There were adults around and I couldn’t make the break for the field. Very sad…”

While this trip down memory lane is a bit random, it reminded me how any part of your show from ingress to egress can become a lifelong memory for a fan.

This 25 cent candy bar can always bring me back to the summer of 1978 in Bloomington Minnesota and make me think about the Minnesota Twins, baseball and remind me that “Reggie Sucks“.

On today's date in 1978, opening day at Yankee Stadium, the New York Yankees give away thousands of Reggie! bars to fans. When Reggie Jackson homered in his first at-bat, fans threw the candy bars on the field in celebration, disrupting play for over 30 minutes. pic.twitter.com/GJZfU46a0r

Getting Hyped In Oakland

Sad news about our friend Sadiki Fuller the original Thunder Mascot for the Golden State Warriors.  He passed away in his sleep in early May.  He was a dynamic personality, talented performer and good friend.  He will be missed.

Star Wars Night for the Knoxville IceBears, plus links to all our Star Wars related content.