The ECHL has a partial start-up in December and the South Carolina Stingrays are roaring back with the first promotion we have seen.

The ECHL has a partial start-up in December and the South Carolina Stingrays are roaring back with the first promotion we have seen.

The Stingrays will host a “Red Out” on opening night.  All fans are encouraged to wear red as the team dons its new red sweaters for the first time. This new RED look is similar to the Washington Capitals, their NHL affiliate.

Fans receive red rally towels.  In addition, the team will honor the frontline workers who have sacrificed so much for our community during the last eight months.

“Over the last six months, our team has worked in conjunction with the ECHL and its other members on a plan to safely return to play for the 2020-21 season,” said Stingrays President Rob Concannon. “The safety of our fans and players is our top priority. We are thrilled and committed to playing hockey starting at home on December 11th. 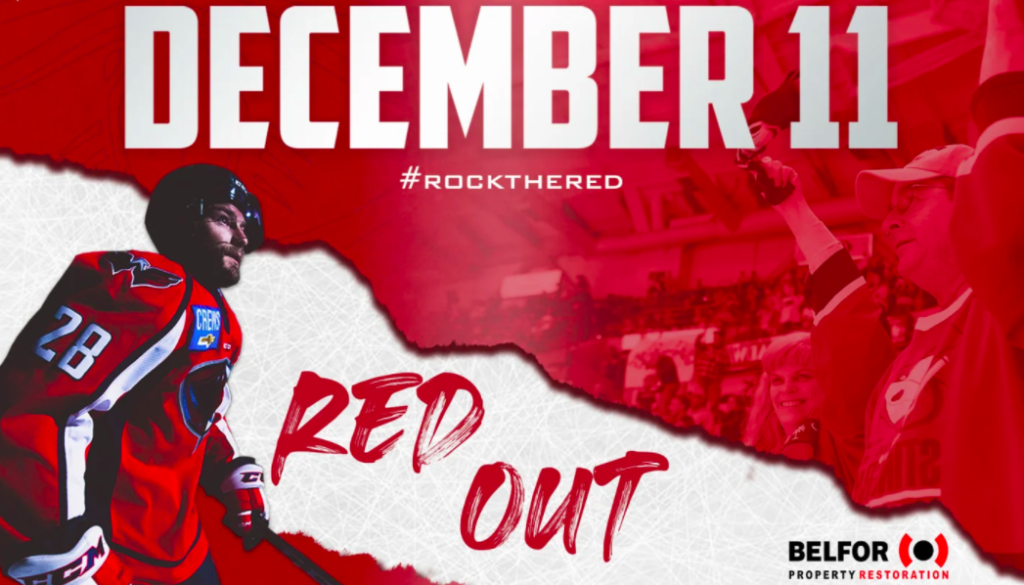 You can read more about the White Out Promotions (which this is based on) here.

White Out in Tucson and its Winnipeg Origins

There is a new early season giveaway staple that your fans and security team will both appreciate.

Pelican’s typo reminds us not to forget the fun on social media.