John Franzone from the Stanley Cup discusses building your show when your team is winning, Pre-game Pumps, watching the game like a fan and owning the exclusive right to play Thunderstuck.

“What to do when you are WINNING!”. In the midst of on-ice success we talk to John Franzone about adjustments Tampa is making on their show. The confidence they showcase, how you treat the games/opponents, what you are building with traditions/staff and how to grow long-term fan passion. 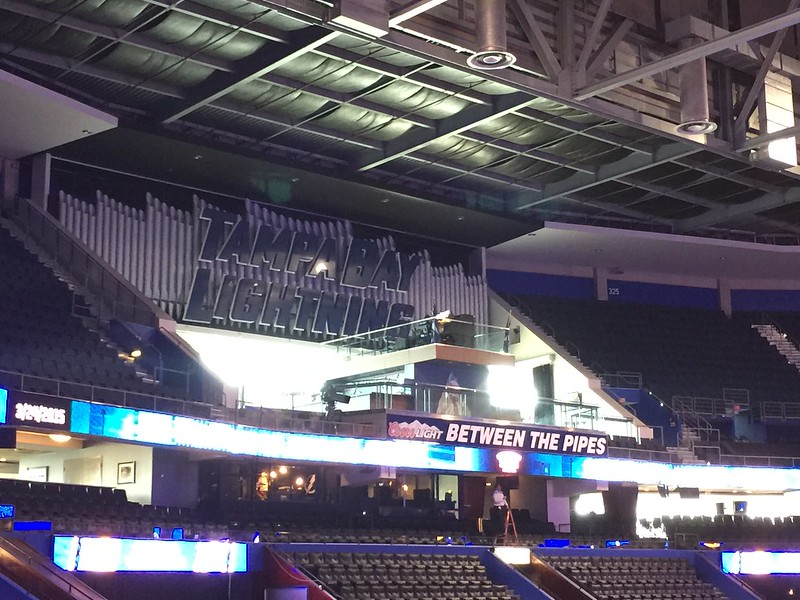 Topics included their team brand, how brand effect their show decisions, watching the game like a fan, training staff, the value of a live organist, Their “One Fan is Every Fan” mantra, and how to build your name in the community. 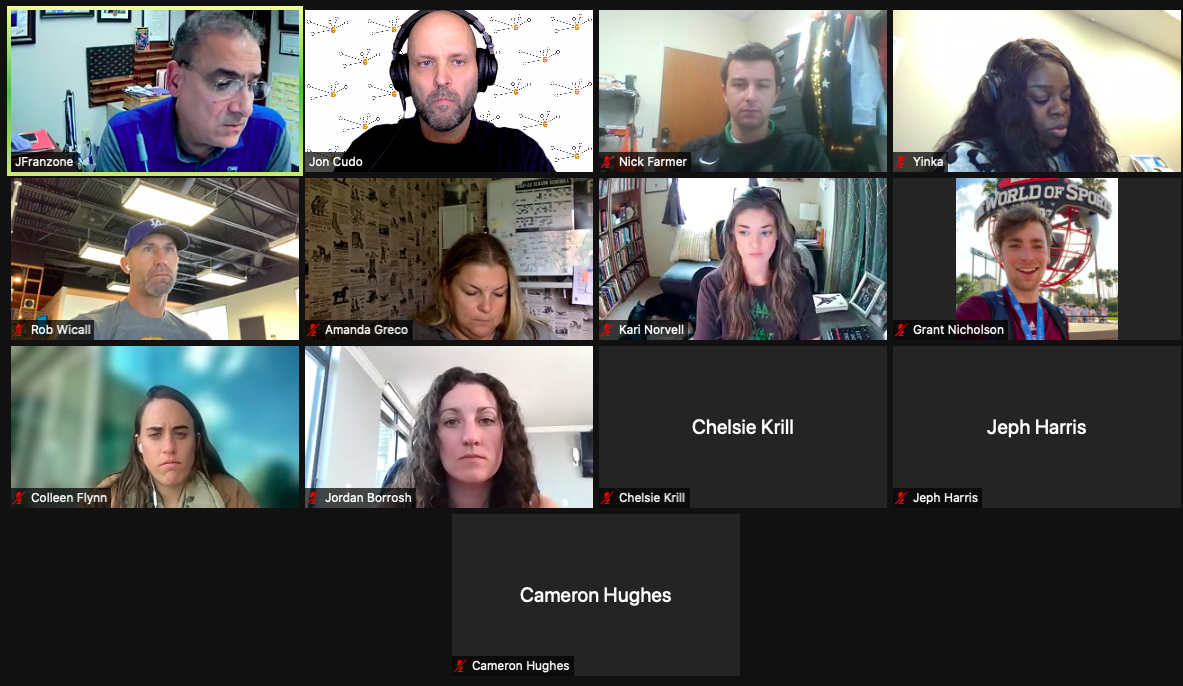 Cudo: So what are some ways you’ve been trying to add to what you do and build some new traditions while you’ve been winning?

John Franzone: It’s funny because some of those traditions, like we’ll do a little pregame pump up piece with a little community hockey player. I kind of swiped the idea from the Minnesota Wild a while back, and he gets the crowd going with Thunderstruck, which, by the way, only us and the Oklahoma City Thunder are allowed to play. Let’s get that straight across all sports leagues, we have license to Thunderstruck, and that’s it. (laughs) But anyway, he does it and he gets the crowd going. And we were doing that when we were not a very good team.

We become a good team. And now that’s kind of like comfort food. It’s part of the recipe of winning. Right? So even something you did when you weren’t very good, by its extension, it carries over into “Alright. Maybe that’s what did make us good” in a small, little bizarre way. Our anthem singer, we decided long ago instead of having a nightly talent show, we wanted to stick with one singer. And if anybody watched the game on ESPN opening night when she was introduced, she got an ovation that was bigger than the players.

And on top of that, everybody in the stands knew she had undergone 27 days in the ICU, recovering from COVID. So when she came back, the emotion was just palpable. But again, that’s part of that Game Night family. Our organist has been with us eleven years. We installed this ridiculous pipe organ up there. It’s a genuine digital pipe organ. I call it The Beast. If you ever come here I’ll be happy to show it to you. But that performer has been with us now eight, nine years.

So he’s part of that Game Night family. And he plays his cadre of self composed blackout pieces that he composed and you’ll only hear them here passing the American flag and stands during the anthem. You see it in Canadian games, but really didn’t see it in American games. We adopted that. And there’s all these other little touches of Game Night ism that are uniquely yours. And we started a lot of them, but we weren’t very good. But they carried over into the winning years for lack of a better phrase.

And if you don’t do them now, it’s like, Where’s this Where’s that Where’d you go, Why’d you not here. It’s part of that comfort food that fans take with them or that mental baggage, right? Like what to expect. And that’s where theme nights become. So you mentioned theme nights earlier. That’s where they become so fun because we’re able to play outside of that sandbox a little bit, and it feels fresh. But in terms of investment, we go over the top with the playoffs. So ice projection.

We don’t do it full time because in the playoffs, then it doesn’t feel like white noise, like you see it every night. That also helps with the budget, too. But that’s a whole other story. Lights and smoke and all the different effects that you add in during the playoffs. We really elevated it this year to what I thought was our best playoff presentation, especially having fans back in the building. So that was really cool. But your mindset, I think, to come back to where I started is that you want to try to stay on par with the team, and that, I think, is what motivates us to just try to make videos now that are connect.

The huddle was attended by executives from the ECHL, NHL, WHL, NBA, MILB, MLR, college sports, and Canadian National Treasure Cameron Hughes.  Here is full video from the Huddle. The full call video is available on Gameops.com Plus for our members.

Slappy Halloween in the District

Kraken Lean Into Their Moment of Truth

This October 2021 Huddle call was a creative workshop drawing inspiration from the [NSFW] movie The Aristocrats and internet sensation Dude with Sign.