We had an entertaining hour this week talking about using your brand/character statement to frame your actions and help produce skits on the Mighty Game Ops Network.

Ava Buric with the Daytona Tortugas showed how her branding statement both clarifies her character and gives her an internal conflict to play with. Really fun.

LA Galaxy executive Jon Reisdorf shared how the the Cleveland Indians Hot Dog characters (from previous experience) each have their own defined character, which also helped them as different performers wore the costumes.

Peter from OKC Thunder shared the value of a written description of their Rumble character and how it aided in their performer transition.

Our Guest Rob Wicall showed the importance of a clearly defined character with the stories of a bird who didn’t fly and a mascot whose “final act” in costume was a completely out of character gesture at a fan (before getting fired). 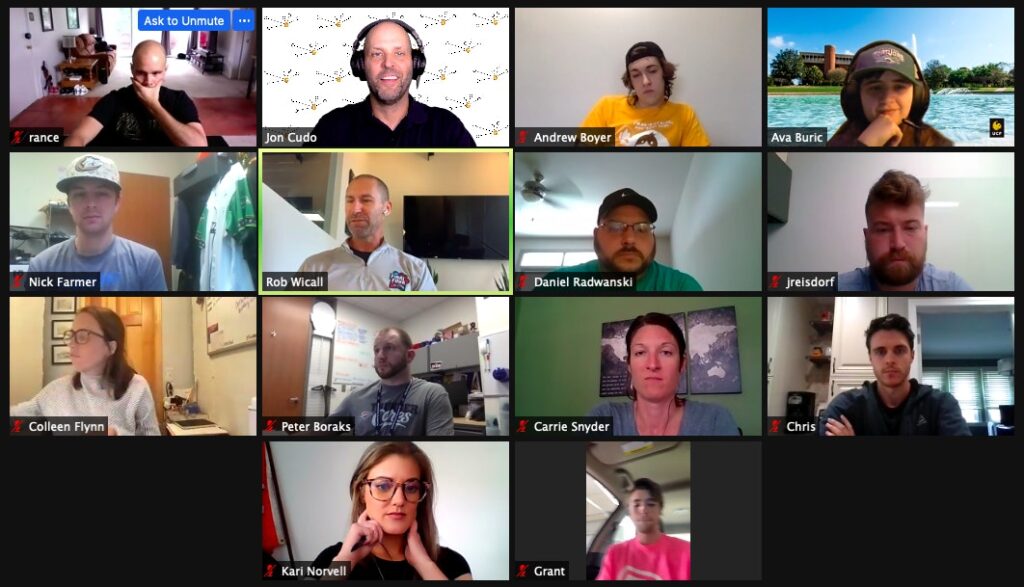 We used character branding statements to define who our characters are, perhaps best accomplished by the Flyers’ Gritty (who along with being “gritty”) described the character as CHAOTIC.  This helped them quickly answer what they would do with one of our skit prompts, which would perfectly result in chaos.

People from the NBA, college, minor league baseball, NHL, MLR, and MLS shared ideas across sports to help gain an understanding of how their character/brand would be represented.  We also talked about how it would help them generate skits and content.

One of the monthly calls is focused on mascot content.  Next month we will hear from Colleen Flynn from Boxxed Up about Generating Revenue from your mascot program which promises to be an interesting topic.

On the call I also noted a social media idea for a character to use their branding statement with. Here is a popular stitch meme on TikTok with a group of women “reacting”…typically people use a split screen and do something that appears to be what the women are reacting to.  What is your character doing to gain their reaction?  Does it match your branding statement?

You can join the call as Member of the Mighty Game Ops Network. We have a One Month Free Trail for everyone, you can sign up here.

Check that Bird for Foreign Substances