In the vein of “Do what you do, but do it from home”, the Chihuahuas hosted a quarantine version of their Star Wars Night on May the 4th with a replay of their 2016 Star Wars game on Facebook. Great use of game footage and a nice call to fans for some user generated content  of Star Wars Night Photos.

Gage Freeman from the El Paso Chihuahuas noted the promotion was a success and the team received a large amount of photos from fans.

“This promotion came about from a similar activation for our Opening Day At Home campaign on April 14th. After a strong response to that Fan Photo Request, we began to include it each Friday on our Social Media Platforms as ‘Fan Foto Friday’,” Gage added.
The team was also able to add a sponsor to the program.

Calling ALL Star Wars Fans: On Monday May 4th at 6:30 PM MT we will be hosting on Facebook & Twitter: Chihuahuas Star Wars Night At Home! presented by @myGECU 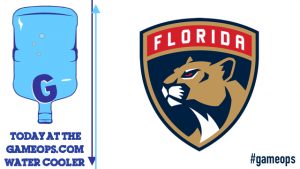 Rick Burton of University of Oregon

Gameops.com Plus is our value-added membership site. It is a network to enhance the fan value of events.  Three times a month we gather for a hour long discussion on an industry topic with a special guest to share their insights. Leaders like Claire Czerniuk, Jonny Greco, John Franzone, Barry Anderson, Colleen Flynn, Rob Wicall, Todd Bosma, and Kari Norvell have discussed topics from dance teams to creating custom music. November calls feature Mega-Promotions with Todd Overton from Fugu, Home Field Advantage with Jackie Maldonado and Andrew Johnson from the Houston Texans and a Roundtable where our members will workshop their own ideas with the Gameops.com Plus Network.  Free One Month Trial is available now on Gameops.com PLUS.

Ironpigs honor people of all abilities on a big night in June.

Everyone is a winner when the WWE Superstars invade baseball teams… except Raymond.

April 2020 Party in the Back Podcast