High Five is a game review series from Gameops.com reviewing ways teams make their show great. This review is from the Fort Wayne TinCaps on August 30th, 2019 during the final weekend of their season.

Our “High Five” series looks at five stand-out elements from live team review around the country.  Plus assorted features and notes from our visit.

On the final weekend of the 2019 season we visited the Fort Wayne TinCaps to see a game from their last home-stand on August 30th. The team missed the playoffs, but was busy closing the season on strong note.

TinCaps Vice President of Marketing & Promotions Michael Limmer hosted our visit. Limmer has been with the team for most of the last 20 years and shared great insights about the team’s history, philosophy and presentation.

“This is not transactional. It is an experience.  MILB is not about balls and strikes, it’s about the 17 inning breaks, dollar beers, fireworks and our ability to jam pack as much as we can into the experience for our fans,” explained Limmer.

Michael Limmer also noted some very interesting data the team has related to their audience. Per their research, 83% of fans in attendance at a game are attending the ONLY game they will attend that season. This surprising number shapes how they approach their show.  Knowing roughly four out of five fans are seeing their only TinCap game experience the team is more focused on providing experiences and opportunities as often as possible. The TinCaps more willing to repeat popular elements so all the fans will have the chance to experience them. You can hear more on this in the October 2019 Party in the Back Podcast. 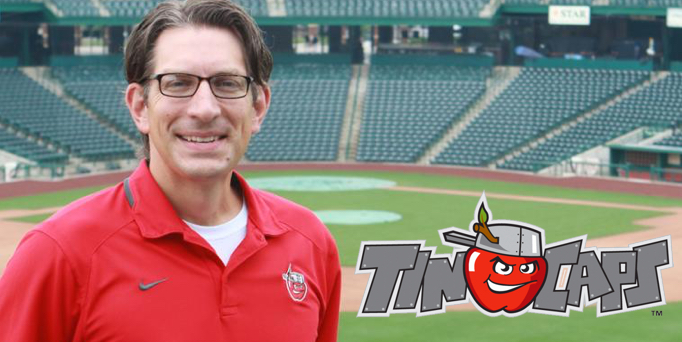 The team’s track record for community engagement is striking. The ballpark is home to over 600 non-TinCap events per year.  They utilize the amazing array of spaces and room to host lunches, fundraisers and weddings.  The park space is even open during the day so fans can stroll around the concourse (1/3 mile per lap if you are pedometer isn’t working). Local residents and visitors can dine at the picnic tables and enjoy the scenic downtown location.  Between 120,000 and 150,000 people visit the stadium annually for non-TinCap events.

Fans enjoy views from 360 degrees around the park, loosely divided into neighborhoods. An outfield neighborhood for the 20-somethings who are at the game to hang out and socialize. Families and groups of all sizes have options around the park. Corporate groups, high-tops, lawn berms and traditional seats surround the park creating many different experiences for fans to choose from.

Here are our five highlights from the game in Fort Wayne.

A great example of 83% data focus (showing that 83% of fans are at their only game of the year) comes into play with elements like this.  Many teams dole out their experiences on special nights, like “Kids Run the Bases” are on Sunday Kids Days. Recalling that most of their fans are at their only game of the year they look to make experiences as available as possible.  Run the Bases is not a Sunday Kids Day event. It’s every night.  Limmer said the team looked at what it took to allow fans to run the bases every night and noted the effort and costs were small to allow for such a great opportunity everything. So if it is your one game this year, you don’t miss out. 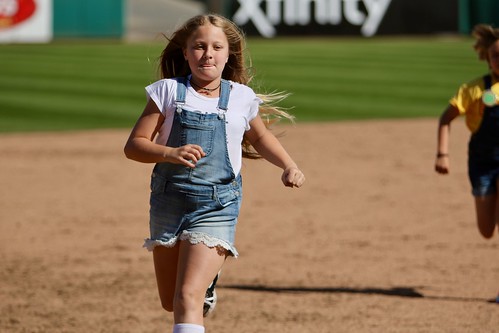 Another example is their First Pitch Experiences.  These are open to as many as possible, birthdays, community organization of the game, partners each has their moment in the sun. The cost is low to allow larger number to take part, so they extend those segments to allow for the experiences.

The presentation did not end after the last out. The team used the post-game time in an effective way to keep their fans around long after the game had ended. Post-game lineup showed a good use of time as they transition to fireworks show. The show extended and thoughtfully planned to keep fans engaged during the transition to fireworks and as a way to entertain and engage fans for an extended window. 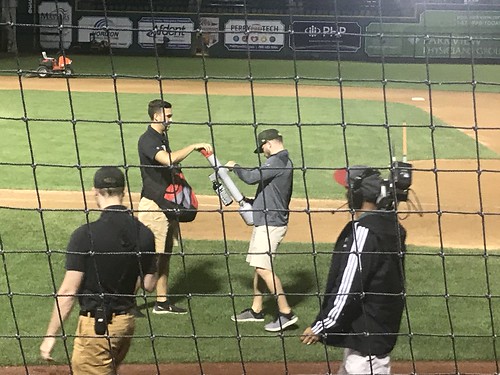 The end of the year video was compiled from their season highlights both in-game and with their show. The team was excited to share the video and it was used post-game all weekend long, as well as on social media and on-line.

In lieu of Fan Appreciation night the TinCaps have a Fan’s Choice Night late in the year. Limmer added “Every night is Fan Appreciation Night” and, again, weighing the idea that 83% of the building has fans attending their 1 game of the year having a nice to thank fans (who are likely at their only game, seems odd for a huge segment of fans). Again the team philosophy is they want to give thanks and appreciation every night.

Michael Limmer also relayed the Joe DiMaggio “…I Owe Him My Best” [Read the link below for more] quote related to TinCap games.  Their games may be the team’s one chance to reach out to a huge segment of the people at the game. Every night has to be great.

You Owe Them Your Best – Fans may be seeing OKC Thunder mascot Rumble for the first time or the last time, but they will always see his best effort.

The TinCaps “Fans Choice” was a focus to give fans the ability to chose options across their show via social media.  Fans were asked to pick what dance will the Bad Apple Dancers perform to, which jersey will they wear, etc.

Presenting, by fan vote, the Bad Apple Dancers, performing “The Git Up” 🍎🕺 pic.twitter.com/PyMO6nIvAM

This voting also served as a sort of focus group and helps the team understand what fans like about their favorite elements.  While most team personnel would have a good handle on what fans like, these non-scientific polls are a great tool to listen to the fans.

Limmer suggested that “listening” is the real focus for the team’s social media efforts.  Instead of focusing on blasting out content, the team uses social media to start, participate and listen to fan conversations.  Learn what they like based on what they respond and react to, as well as what they say.

High Five is a game review series from Gameops.com. Game review from a special Virtual Game presentation from the Milwaukee Admirals in March 2021. We looked at five ways the Admirals engage and entertained their fans virtually.

High Five is a game review series from Gameops.com. Game review from the Youngstown Phantoms in February 2021. We looked at five ways the Phantoms engage and entertained their pandemic-limited audience.