Water Cooler
Color Up Utah Hartford Hits with Powerful Anthem The Stars are Back Hey You Guys! Akron Goes Goonies Crowds are Back, So is the Swag

High Five is a game review series from Gameops.com. Game review from the Akron RubberDucks in May 2021. We looked at five ways the Ducks raised awareness for a cause while entertaining their fanbase.

Our “High Five” series looks at five stand out elements from a live team reviews around the country, along with assorted features and notes from our on-site visit.

Editor Jon Cudo visited Canal Park in Akron for the May 19th, 2021 game against the Reading Fightins’. It was warm summer Wednesday Night early season game. Akron still has socially-distanced ticket pods and a mask mandate in place. The game promotion was “Silent Night”, which was a Deaf Awareness Promotion promising the first five innings would be played with no music, PA or noise.

The Silent Night promotion included a concourse table encouraging the use of ASL and incorporated a signer for the National Anthem and 7th Inning Stretch. The limitations on sound started with the first batter and concluded after that last out of the fifth. The pregame was a standard production that included audio, video and PA announcements.

Here are our five highlights from the game in Akron.

Before the first batter the team counted down to “silence”, ending in a big “Shhhhhhh.” Prompt. This was the first direction that fans were expected not to make noise, which seemed to confuse many in attendance.  The reads pre-game mostly noted that the production team would be silent.

To show our support for the Deaf Community, the first 5 innings of this game will be completely silent. No PA, No Music, No Emcee. Not one sound.

After the first half-inning the Ushers stepped in to help clarify the moment.  Ushers walked to the bottom of the section and held signs asking for fans to “BE QUIET”. Then several held signs saying “HOW TO CHEER”.  They then demonstrated shaking their hands to show applause.

This support of the promotion went a long way to clarify the fan expectations and how to engage with the promotion.

This also showed that your promotion should extend past your dancers and mascot across your entire organization. Also that sometimes the best support may come from unlikely sources. 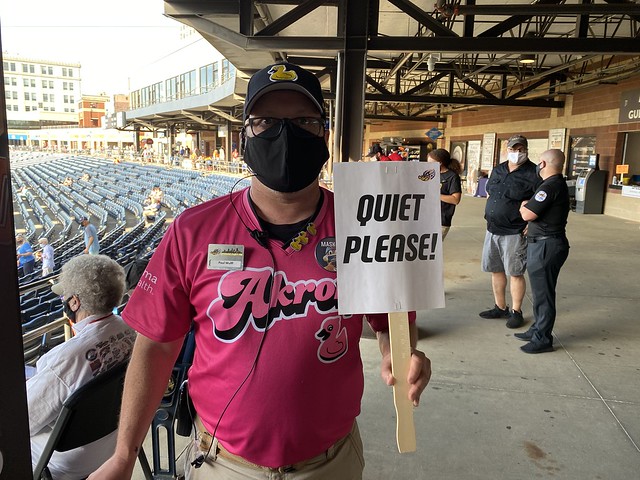 Not every night can be Bobblehead Night or Star Wars Night. With 70 plus home games teams are always looking to draw in niche audiences and support disparate communities. A promotion like Deaf Awareness is such a promotion.

One of the interesting side effects was the sounds of the game. Often drowned out by music, cheering and bumper tonight fans could hear the pop of the gloves, Umpires calling out balls and strikes and even the centerfielder calling off the left fielder on fly ball. One of the biggest reactions of the night was the crowd after hearing the centerfielder crash into the outfield ball after catching a fly ball.

The game also may have been a welcome change for purists who tend to dislike walk-up music and loud inning breaks. The game was very peaceful experience audibly a stark contrast to a regular night at the ballpark.

Much of the focus was on removing sounds from the game experience.  A few moments were added to show how the deaf community experiences a game without sounds, like the use of ASL (American Sign Language).

The National Association of the Deaf (NAD) recognizes that American Sign Language (ASL) is the backbone of the American Deaf Culture. The NAD values the acquisition, usage and preservation of ASL and is a recognized leader in promoting the acquisition, learning, teaching, and interpreting of ASL. The NAD was created in part to promote and preserve ASL as a legitimate language and an optimal educational tool for deaf children and adults. (NAD site) 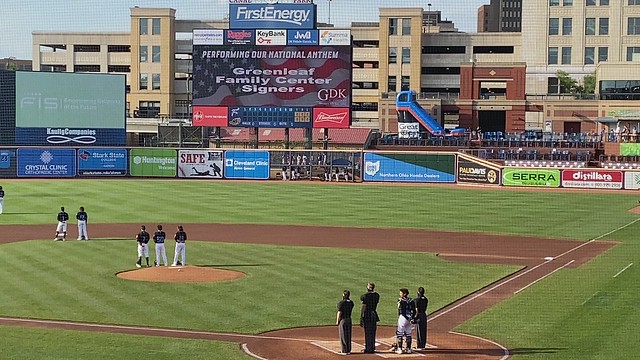 The signer was only used for the National Anthem and “Take Me Out to the Ballgame” and the videoboard didn’t stay with the signer for the entire song, muting the impact.  [See the video of the Seventh Inning Stretch]

The team also made the decision to remove all the in-game inning break elements.  Creating a silent experience rather than adapting breaks to be free of sounds or building activities that could be done in an inclusive way for the deaf community.

On the concourse there was booth for Greenleaf Family Center in Akron who provides services, advocacy, and education to enhance the quality of life for individuals, and their families who are Deaf, Deafblind and Hard of hearing community.  Partnering with local groups like this can help teams understand the needs of the community, challenges they face and serve as an important sounding board for in-game ideas. With the added benefit of providing them with some added exposure in the community. 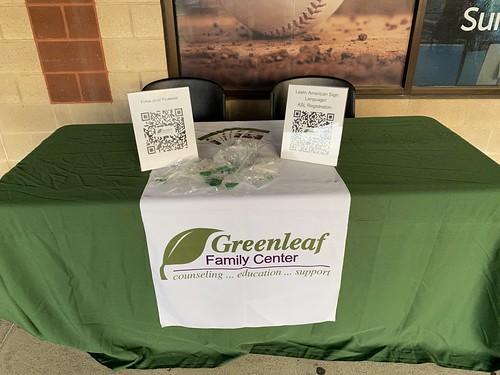 3. Inning Break Fun – Take One for the Team

The night wasn’t all quiet. After the 5th inning the RubberDucks returned to their regular inning-break programming including this fun contest called “Take One for the Team”.

The sound on the video isn’t great, but the host introduced a large family. Each member was introduced by name then the host asks the contestant if he would “Take One for the Team”, meaning would he have something dumped over his head. The implication is that something could be wet, disgusting or messy.  They even had a kiddie pool for him to stand in, adding to the threat of being slimed or drenched.

If he agrees to take one for the team, his whole crew wins a prize. 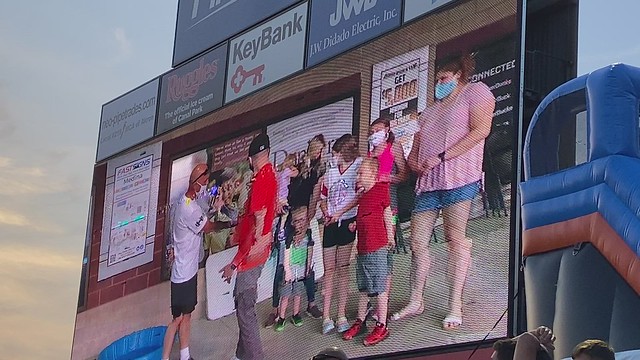 On this day the dump was just a pail of rubber ducks, so the mess for the contestant was minimal.  The build up to what might happen provided the intrigue and the laughs.  However this is a fun set-up for kids and parents…and I imagine it will provide a lot of entertaining moments during the year.  It’s a strong promotion to have in your bag of tricks.

The “team” aspect of this promotion also stood out to me. Many promotions are done solo or with a small group.  This one really opens up larger groups to be used. Group sales, birthday parties and other natural ticket blocks are a good fit and lend themselves to the drama.

Framing Up the Game in NH

June 2021 Party in the Back Podcast

Our crack crew looks at the best moments of the month as we build toward naming the best Water Cooler Moment of 2020. (updated monthly)

A whole year in one night inning game, plus Pirate Night awaits the fans in Myrtle Beach.

Pink the Rink Continues to Grow in SA