Influential Soccer Leader Evan Dabby joined us for an interview in on MLS game presentation. (updated and reposted Sept 2022)

Last fall I sent our monthly update out and noted Gameops.com was “The resource website for Basketball, Hockey, Football and Baseball.”

My email was replied to by Evan Dabby from Major League Soccer asking essentially…”What about soccer?”

Evan did have a point. While we are a site for all sports and events, we do tend to focus our content on a couple of sports. We have over 60 interviews and none deal directly with soccer. After reflecting on the dearth of soccer related content, I asked Evan if he would be the first soccer-related interview on Gameops.com.

Note: This interview took place in 2005 when Evan was with MLS as their Director of Operations. We updated and reposted in September 2022.  Evan has since taken on a new role as Executive Director at NJ Youth Soccer.

Evan Dabby joined NJ Youth Soccer as the Executive Director in April 2014. Prior to that, he worked for MLS in the League Office for 16 seasons overseeing Stadium Operations, Game Operations, Medical, Venue Design, Team Travel and Supporter Relations. Evan grew up in Bergen County playing soccer through his college years at Tufts University. He currently resides in Freehold with his wife and son and daughter, both of whom are currently playing soccer. 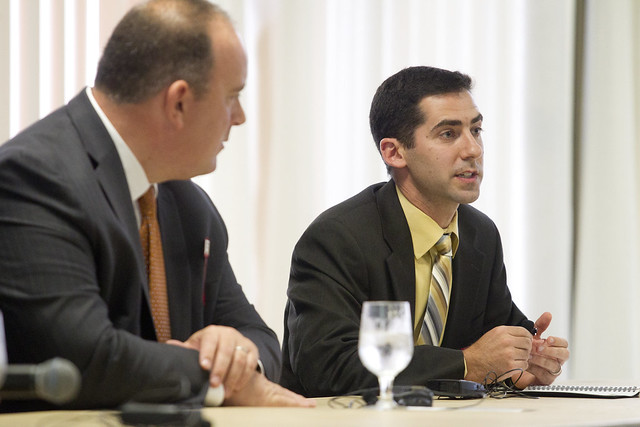 In 2020 Dabby was named as one of the Most Influential Leaders in Soccer in 2020.

#21. Evan Dabby — Executive Director of New Jersey Youth Soccer (NJYS) is a leader among leaders. Dabby’s collaborative approach breaks down barriers and reflects his commitment to always remembering youth soccer should be focused on the kids. After 16 seasons with Major League Soccer, Dabby leads his state and influences others with his passion for the game.

Gameops.com: What is your role with MLS?

Evan Dabby: I currently serve as the Director of Operations for Major League Soccer. In this role I work with the MLS teams and venues with regard to game operations, game presentation, security, and competition related matters.

The League Office takes a lead role when it comes to the All-Star and Championship Cup games where I get involved in all matters relating to the host venue.

In addition, Soccer United Marketing (SUM) is taking a bigger role in the day to day life at the MLS League Office. I also act as Director of Operations for this organization, which is promoting and operating major events like England vs. Colombia this May at Giants Stadium, the CONCACAF Gold Cup this summer, and various games featuring the Mexican Men’s National Team playing in domestic markets. There are high expectations in this area of the business so I’m confident you’ll continue to hear more about SUM in the future.

Gameops.com: What is your background?

Dabby: I am a life-long soccer fan and participant. Perhaps the best four years of playing were with Tufts University’s Varsity Team. We had a few NCAA tournament appearances and one regional championship. I still manage to kick it around and play with a local New Jersey club team on the weekends but with each year that passes, I realize that it was the right decision to hang it up when I did.

Gameops.com: What roles does the MLS league office play in regards to the game presentation of individual teams? Do you provide any services/feedback to teams?

Dabby: At the league office, our goals are to provide guidelines, parameters, and resources with regards to game presentation. While each team is able to develop its own program, we maintain a supervisory and supportive role. I believe this area will become a bigger focus in the near future as we continue to develop the in-stadium experience.

Two years ago, we developed the MLS Game Observer Program. MLS Game Observers are local volunteers with ties to a particular MLS team. For example, the Chicago Fire have two Game Observers that attend all home games and provide feedback regarding all areas of game operations and presentation. We hope this is another step towards learning about our audience and the various preferences between markets. 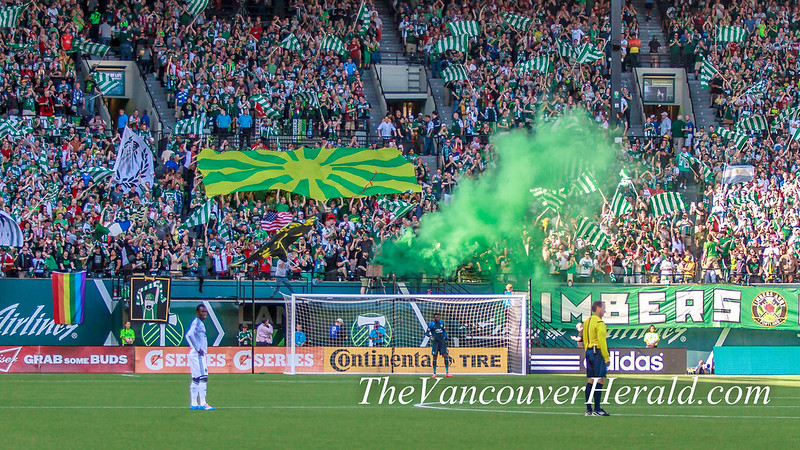 Gameops.com: What teams stand out as presenting the strongest game entertainment in the MLS and what are they doing that you find interesting or what makes them stand out?

Dabby: Each market has its own strengths but much of the success stems from the ability to engage and involve the fans, and in particular, the supporter clubs. DC United’s “Barra Brava” and the Chicago Fire’s “Section 9” are two such groups that stand out in my mind. The enthusiasm that stems from these groups is something that can engage the entire stadium.

Gameops.com: What do you feel teams could do to improve the fan experience in the MLS?

Dabby: As I just mentioned, I feel MLS and its team need to continue to embrace the supporters clubs. Europe is renowned for their fans that create a constant buzz for 90+ minutes of the game as they sing, dance and cheer without tiring. The more we see that in MLS, the more we’ll know our fan base is growing.

Gameops.com: In your recent league meetings you had a breakout meeting for Game Presentation, can you share what was discussed?

Dabby: Once a year, team and league operations gather for a seminar and topics include security, game operations, business development and game presentation. Regarding game presentation, it was an open forum and sharing of ideas. We discussed concepts, and others that were less successful. It always provides a brainstorming session for the season ahead. 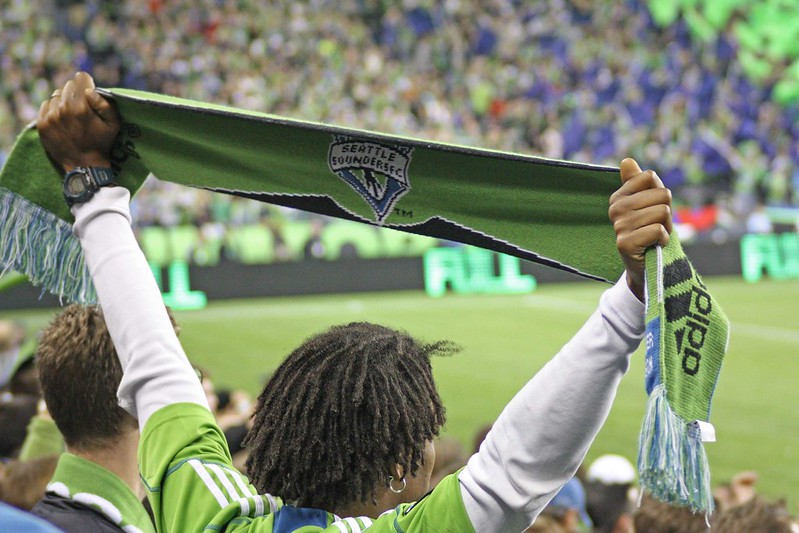 Gameops.com: What was successful for MLS teams last year?

Dabby: The MetroStars were creative enough to take advantage of moving from natural grass to field turf as they created and sold Half-Time Mini-Games featuring youth soccer teams. In this, the field is separated into four fields with two teams on each field. The kids are lined up near the entrance of the field prior to the end of the first half. When the field is cleared and the fields are set-up the teams run out to their designated field and begin play. The crowd is cheering for goals on different ends of the stadium.

Some of the kids make an appearance on the jumbotron. Generally the games last for 5-7 minutes depending on the other activities planned for the halftime.

Sometimes these games are sponsored and kids are given different color shirts with the sponsored logo on each. This is truly a memorable experience for the kids and their families in the stands.

How many kids can say they played at halftime of an NBA, MLS, MLB, or NFL game?

Hear more from Evan Dabby on Innovating Youth Soccer in this interview from How Soccer Explains Leadership.

Gameops.com: Has the MLS been growing fans in the last 10 years? That is, can you see the early efforts of the league to cultivate fans and ticket holders paying off? Can you site any examples of this long term success?

Dabby: In the 1996, MLS’ inaugural year, fans showed up in big numbers. In 1997, like any new product, there was a drop off in attendance. In recent years, the numbers both in-stadium and on the broadcasts continue to climb. We are an organization that learns every step of the way and wants to adapt our product for the benefit of our fans. That is why we went away from such features as the shootout clock. More recently, it was decided that games would end in a draw, and we moved away from overtime and towards aligning our product with the world’s game. 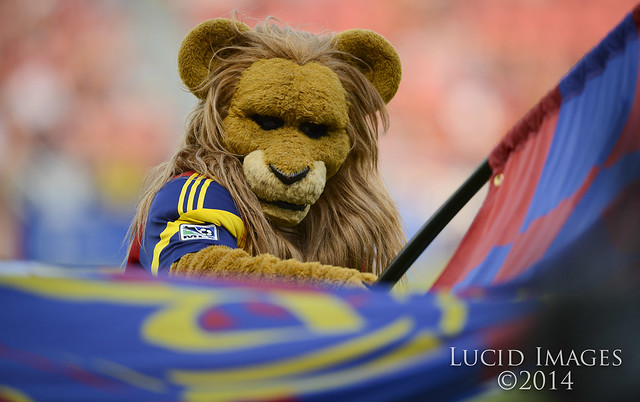 Dabby: I will be in Salt Lake City for the opening game next month at Rice-Eccles Stadium on April 16th. I’m looking forward to the development and to see Real Salt Lake’s approach. They are led by individuals like General Manager Steve Pastorino who worked with the Chicago Fire for many years, so it’s a group that knows the business well.

On the Lookout for Awareness Nights

World’s Largest Cornhole™ is Corn Hole made to be seen from the blimp. Sports Tailgaters’ favorite game is cornhole and now Gameops.com has brought cornhole in from the parking lot and on to your playing field.