4FRONT’s Dan Migala talks about his 2008 book Dugout Wisdom and the origins of his love of writing and sports.

Migala has received praise from the sports marketing community for his portfolio of landmark creative marketing concepts including turning the right-field foul pole at PETCO Park into an 85-foot R11 driver as part of TaylorMade’s first-ever baseball sponsorship and suggesting the Chicago White Sox change their game times to 7:11 p.m. to appease 7-Eleven. The idea was sold instantly, achieving many accolades including earning Migala a lifetime pass to the National Baseball Hall of Fame in Cooperstown, N.Y.

Inspiring Sat am bringing my fav tag-team partner William to the office, pj's & all. Reminded in sharing dad's passion for work with him that for all of us in this industry that #SportsBiz is always best through the eyes of a child https://t.co/I1PJz8UehF https://t.co/fMOG042pXD pic.twitter.com/zRKODgJQlD

In 2008 Dan penned Dugout Wisdom: Life Lessons From Baseball where looks into heart of the game through over 50 stories from some of the biggest names in the sport like Nolan Ryan, Rod Carew and Sparky Anderson.

We interviewed Dan on Gameops.com, including a couple questions about the book.

Migala: Like a lot of people, I got into sports because I had a childhood love of baseball. I mean, that was my passion growing up and I definitely enjoyed working on the business side of baseball. I started to work on a number of charitable efforts, not just in baseball, but in other sports, but baseball was one that was of particular interest to me and I was working with the Baseball Hall of Fame which I don’t think I was really even aware was classified as a 501(C)3. They’re a charitable arm and a not-for-profit and also the Scouts Foundation, and we were brainstorming fund raising ideas outside of doing memorabilia, auctions, golf tournaments and state dinners asking, “What could we do to raise money for these two charities?” When I was a child, I was just a pretty assertive lover of baseball and had a great passion for writing and I used to mow lawns, go door to door, and offer to mow people’s lawns, not for money, but for a box of envelopes and a book of stamps so I could write letters to major league baseball players.

Cudo: Wow. That’s an early sign of a writer if I ever heard of one.

Migala: And one summer my mom helped me edit them and I had 143 consecutive days that I got a letter from a major league baseball player. I think that for me, I have always wanted the opportunity, even though I’m a sports business writer, to interview these players, and this gave me the opportunity to fulfill a childhood dream. The Hall of Fame got behind it, the Scouts Foundation got behind it and it really was a labor of love, but it was just a tremendous opportunity and then to also give back to baseball and raise some money for those two worthwhile charities.

Cudo: That’s great. What I saw about it is that it might open up a discussion about how teams can utilize players and I always thought that’s kind of an untapped nugget for teams where these players have such a huge appeal for young fans and to use that in a way where it’s not just like selling their jersey but talking about the person and what they are engaged in. And the one I listed as an example about Steve Nash and how he’s an avid environmentalist, are you saying things in game elements that tap into that in sports? 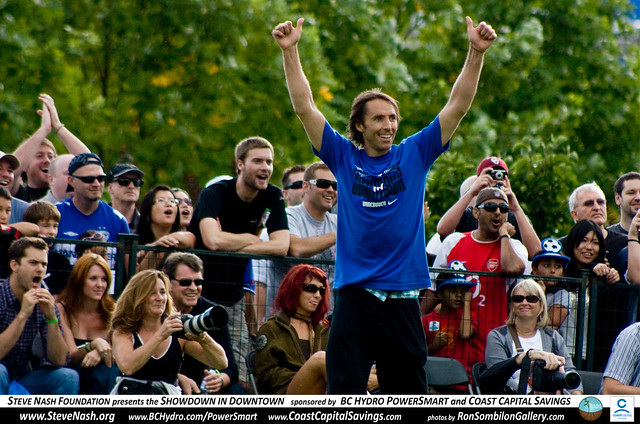 Migala: Absolutely. It’s ironic, I never imagined the book itself would get to this level but we are currently, and this is something that I would love to talk to you about also, talking to teams that have approached us about doing the book as a branded giveaway item and, just the ability to give away a book, share stories or if it is a controlled asset, all of those variables I think are the foundation of what makes a good giveaway. What I learned from a marketing standpoint, from when I worked with teams or worked on promotions, from an outsider’s standpoint, you view the players as an asset and you have a hard time sometimes dealing with them as a person separate from their accomplishments on the field or as a brand. I learned through this experience, or this journey, about how to neutralize that to have an emotional connection with them. It’s almost like I position it, when I work with teams now, as a selflessness to selfishness. Sometimes when you work with players you have that natural tendency to just try to take, take, take from them. Through this experience, I learned it is so much better to just try to give, give, give, and then by giving and supporting what they’re interested in, like the Steve Nash example, they will give you ten times more of their time, energy and passion to help the organization further their own goal. As far as the advice, I think what I would do if I was a marketing or promotions person, is that at the beginning of the season, sit down with each of the players and just simply ask them these two questions: What do you love and why do you love it? I think what you will find in the core, just like I found with all of these baseball players or the Suns found with Steve Nash, you will find that one thing that they care about more than money, the one thing that they care more about than their free time, whatever it might be, and that is the key to unlocking their desire to help you with something. That is what I am strongly encouraging teams to do and I think that’s what the Dugout Wisdom book even created for me from a business standpoint. I wasn’t even looking at it from that perspective but it spawned it because there was a sincerity involved in it.

Cudo: To me, it makes them so much more personable and more real to people. Like you said, it’s so easy to spot a phony when someone’s like, “Oh, I really care about the environment,” as opposed to someone like Steve Nash who is taking action and you can list what he does on a day-to-day business.

Migala: Absolutely. And look at me with the baseball book. This is something that I love. I didn’t think I had much free time but I found a way to do it. I think it’s the same thing for these players but I think it really starts at that time, and for teams to ask them those two questions, ask them before the players get too busy, and say that you want to help them with those initiatives through a giveaway. For example, if you had that Environment Night, if you said, “We’re going to donate 100 tickets to our ‘Green Night’ to kids in the community who are doing exceptional green things in your honor, and Steve, we’d like you to greet them,” and then use that as a vehicle to talk about what you’re doing. That’s a totally different dialog as opposed to saying, “Hey, Steve, we’re going to have an environment night, can you come down or, if you can’t do it, we’ll get another player to do it.” It’s that selflessness in making it all about them as much as you can and then building a program around their needs.

You can read our full interview with Dan here: Dan Migala on Promotions, Sports and Marketing – August 2008 Interview with Dan Migala. He talks about flooding MLB players mailboxes as a child, making the most of your mascot program, favorite sports blogs and how to follow up with fans after they experience your event.

Sprucing Up Your Promo with Music is Powerful

A book that looks at the techniques Spoelstra perfected while working for teams in the NHL and NBA.

The Wisdom of Big Bird includes showing you how to become a better mascot character.