On occasion a promotion totally speaks to you. I was the perfect audience for this Saint Paul Saints promotion.

On occasion a promotion totally speaks to you.

Of course, that is the idea.  A promotion that speaks to someone, hopefully enough people to move the needle at the gate.  Some promotions are obvious hits, like a bobblehead of a popular player.  Others are off beat quirky attempts at media or top draw smaller segment of an audience.

This offering from the Saint Paul Saints is probably the latter.  Hitting a tiny audience…but hitting them in just the right spot.

Background:  I grew up in suburban Minnesota.  Like any kid I played games like Pin the Tail on the Donkey, Dodgeball, T-ball, Hot Box, Hide and Seek, Pom Pom Poll-a-way, Rock/Paper/Scissors and Duck Duck Grey Duck.  For all my life that seemed pretty normal.

Until I moved to Portland.

One day I was in a random conversation about kid games and I offered the option of playing “Duck Duck Grey Duck”.  And everyone looked at my like I had 3 heads.

And so it began.  My world was shaken to the core.  I asked every one I knew outside of Minnesota what they played and nearly everyone confirmed I was crazy.

Duck, Duck, Gray Duck is a variation played by Minnesotans (and many intelligent Canadians). The core gameplay difference is that the picker taps the heads of the other players while duck calling (ex: blue duck, red duck, purple duck, mauve duck, etc. or more commonly just “duck”) and then calls “gray duck” in place of “goose”. In some regions and variations, the caller may change the direction in which they run.

While I toiled away as a child naming colorful ducks, the rest of the civilized world just shouted “Goose!”  I have been endlessly fascinated by this geographical aberration ever since, frequently asking people what the name of this chasing game was.

So here’s how it works:

Duck, duck, goose is a traditional children’s game often first learned in pre-school or kindergarten. The game may be later adapted on the playground for early elementary students. The object of this game is to walk in a circle, tapping on each player’s head until one is finally chosen and he or she must chase the picker to avoid becoming the next picker.

A group of players sit in a circle, facing inward, while another player, who is “it”, walks around tapping or pointing to each player in turn, calling each a “duck” until finally calling one a “goose”. The “goose” then rises and tries to tag “it”, while “it” tries to return to and sit where the “goose” had been sitting. If “it” succeeds, the “goose” becomes “it” and the process begins again. If the “goose” tags “it”, the “goose” may return to sit in the previous spot and “it” resumes the process. (via Wikipedia) 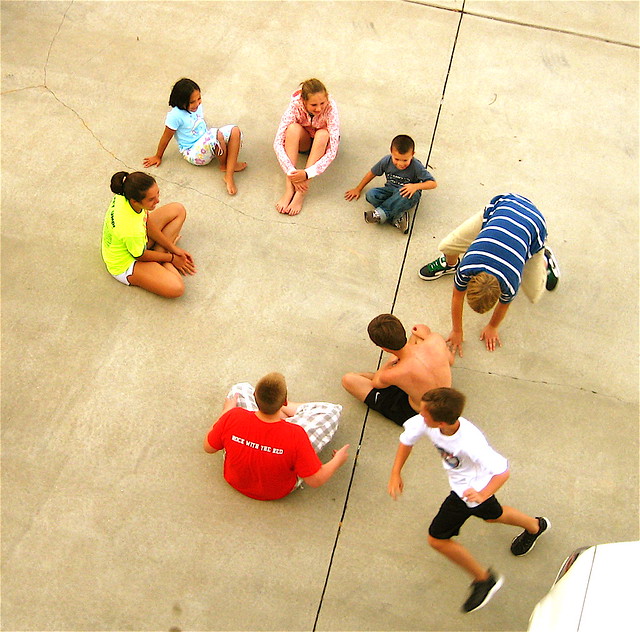 The Star Tribune Newspaper filed this story explaining the regional nuance, pinning the divergent history back to Sweden.  Minnesotans have been notably proud of their superior game (and make no mistake, it is superior).

And this BuzzFeed article even has scientific research to go along with this phenomenon. 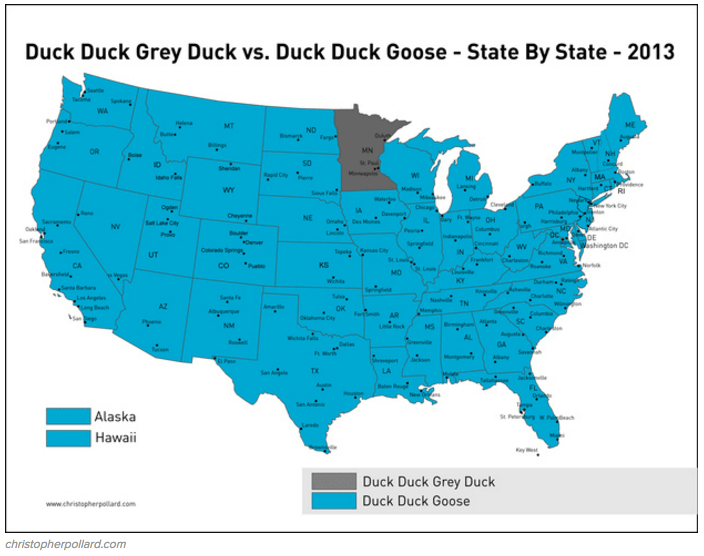 Now all of this civic pride and controversy has been spun into a promotion by the Saint Paul Saints.

No Foolin: Saints and Railroaders To Battle It Out As Duck, Duck Gray Duck vs. Duck, Duck Goose On August 19 https://t.co/L2OvNDel4C pic.twitter.com/OQ3W4bkaPD

I will see you at the Saint’s Game, since this promotion totally speaks to me.

Andrew Isaacson from The Famous Group joins the party. He talks about their new virtual fan solution Thunderdome created for WWE and how the pandemic pushed them to build a better virtual fan solution. Plus Rob Wicall on evolving mascot costumes, bubbles and a look at the best Water Cooler Moments in August.

Sprinkle prizes on the floor and your contestant rolls around collecting the prizes within a determined time frame. Your fans will love to watch the contestant flail around the court in an attempt to collect the goods in this turnkey promotion.