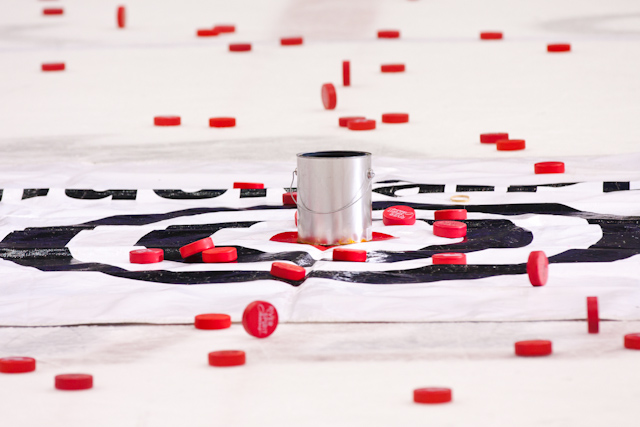 This promotion is a great visual and it has the possibility of generating revenue, offering groups fund-raising, and can offer fantastic sponsorship possibilities.

Thanks to YOU, #ChuckAPuck raised nearly $17,000 for various charities and local organizations through our most recent game on March 11! WHAT A NUMBER! pic.twitter.com/WEXmqO7uJX

Watch the Fort Wayne Komets presentation of Chuck-a-Puck in action:

Numbered (soft foam) pucks are sold prior to the game. $1 per puck. Purchasers are logged according to puck number. At a period break, targets are placed on the ice. Anyone who lands their puck on a target wins the corresponding prize. 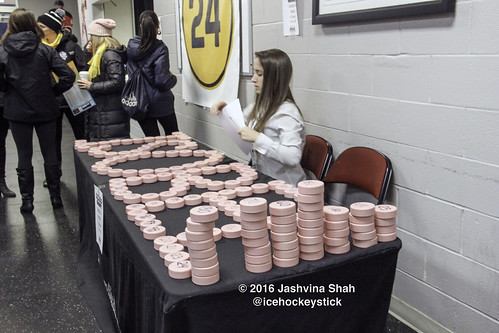 You can use signage on the ice as well. Any puck resting on the sign wins the prize from that sponsor. Some teams use targets like grocery shopping carts as targets, fans getting their puck inside the cart win prizes from that identified sponsor. Prize targets can be visual and creative as well, one restaurant laid out a ring of diner plates and all pucks inside the ring of plates wins a free dinner.  You can see the Komets do an excellent job of creating various interesting prizes. Some teams go simple and use just one small bin at center ice.

Because fans are buying these pucks for just $1, we suggest pucks are not imprinted. This tends to increase the perceived value of the puck (putting your logo on it makes it into a $1 souvenir)

Click here to buy pucks from The Store on Gameops.com 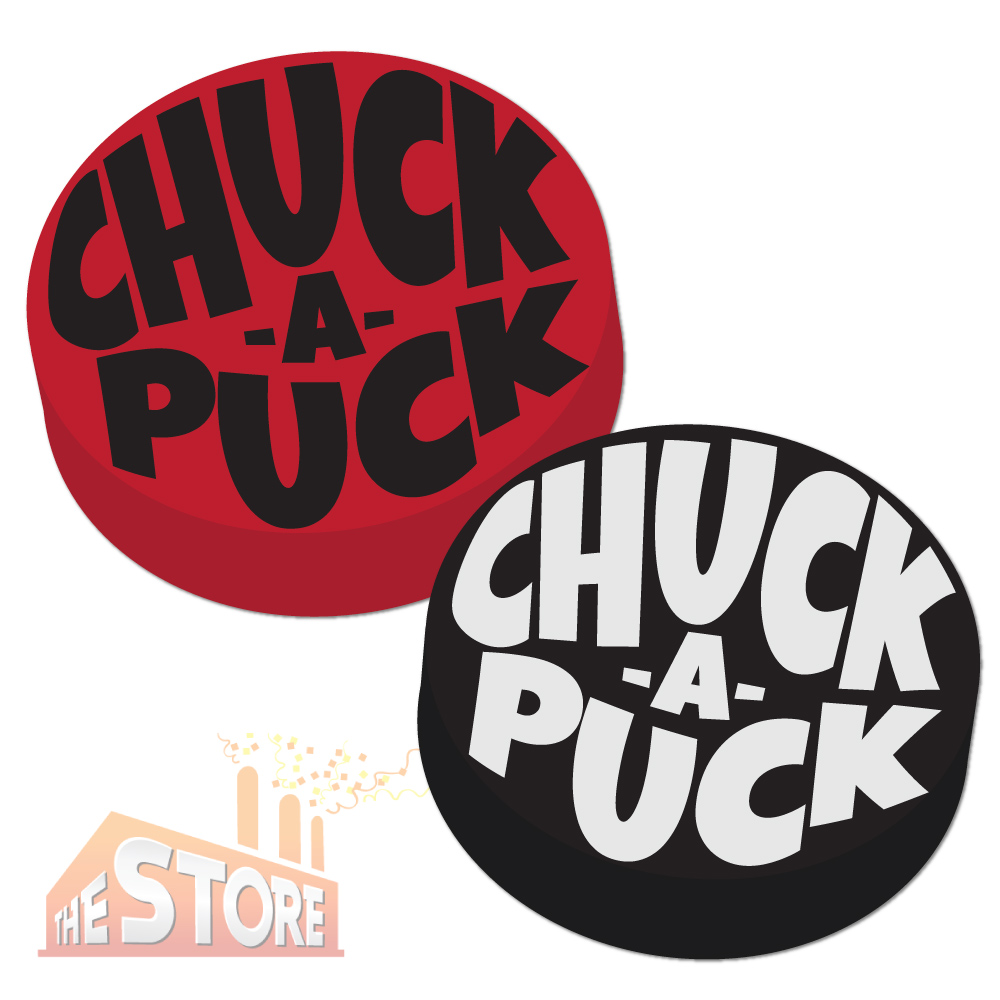 The Ontario Reign have a great video that outlines their program and how it is used for fundraising.

We take the PULSE of hockey teams across the country to see how they are executing Chuck-a-Puck. Find how others are driving revenue, engaging fans and driving sponsorship with Chuck-a-Puck. – Read more on PULSE: Chuck-a-Puck 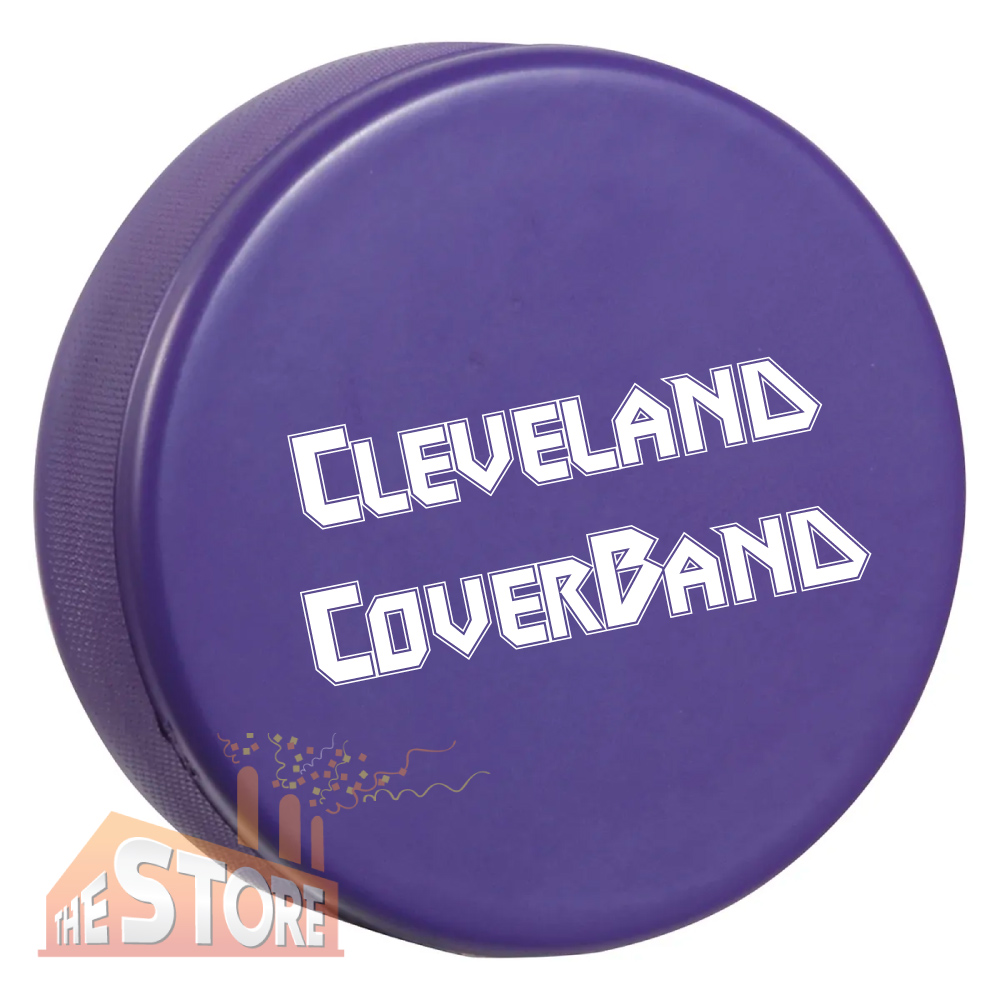 Coed Dance Teams are Taking Over

Looking for a “Wheel of Fortune” promotion idea? Gameops.com offers a wide range of customizable Prize Wheels to fit your concourse or mobile marketing needs.