The USHL Bucs started a new tradition this season with a Hat and Mitten Toss (not to be confused with a hat trick, ha). The hats and mittens are collected and donated to charity. 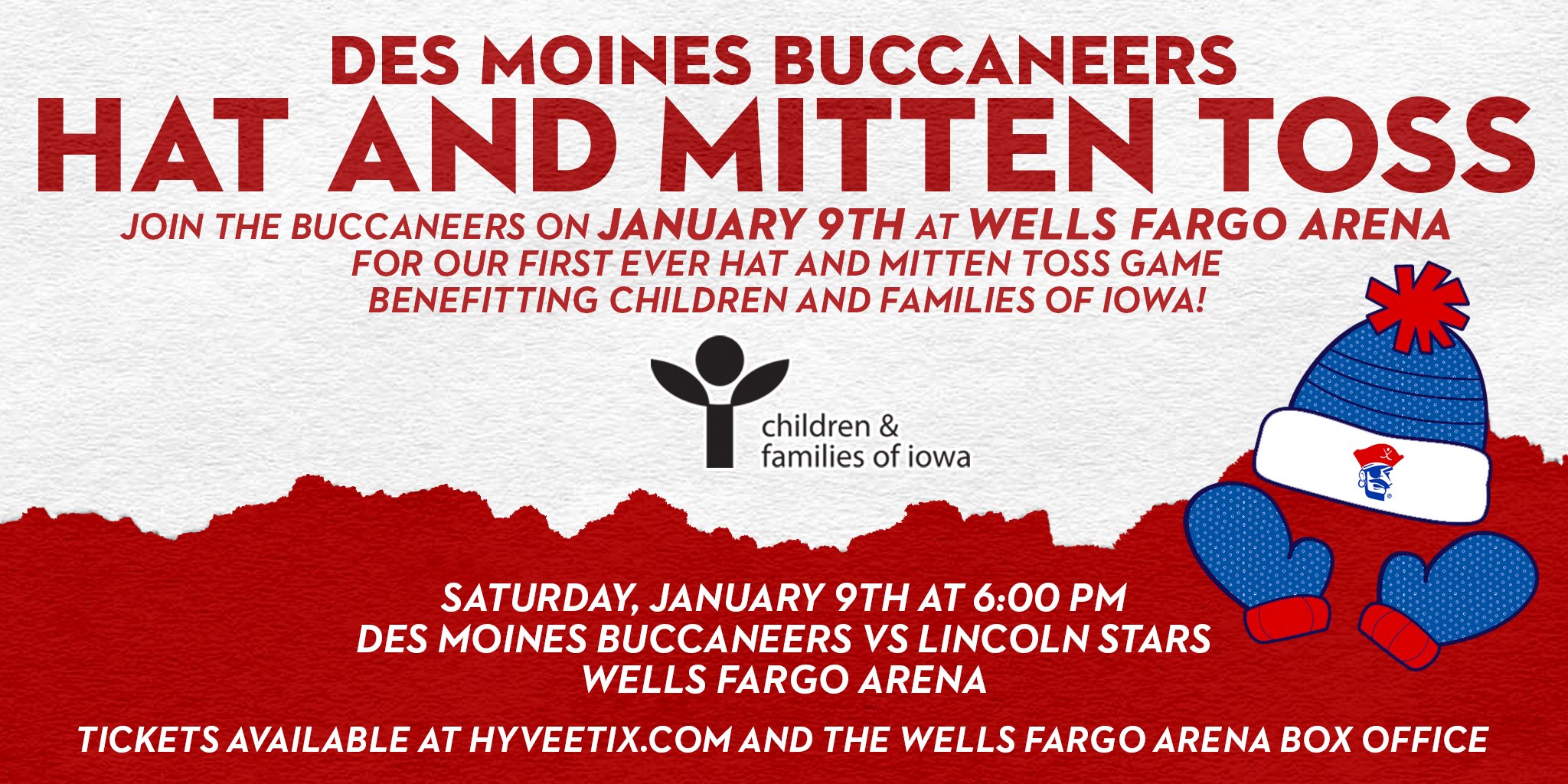 Mitten & Hat Toss Night!  Bring a new pair of mittens or hats and toss them when the Bucs score their first goal and we will donate them to children in need at Children & Families of Iowa.

Great start for the tradition and props to the team for the charitable move. The team also made a strong statement as community leaders in February as they announced they would maintain social distancing and a mask requirement despite the Governor’s loosening of those standards.  Good show of concern for their fans and community leadership.

DM @alaf_14 scores on a one-timer goal to give the Bucs a 1-0 lead with 9:38 left in the 3rd! The goal prompted mittens and gloves to be launched on the ice for the Children and Families of Iowa! @ialottery @USHL @LAKings @HarvardMHockey pic.twitter.com/ILoCp0Gngu

All the Small Things sing-a-long gets its moment in the bright lights of the Stanley Cup Finals.