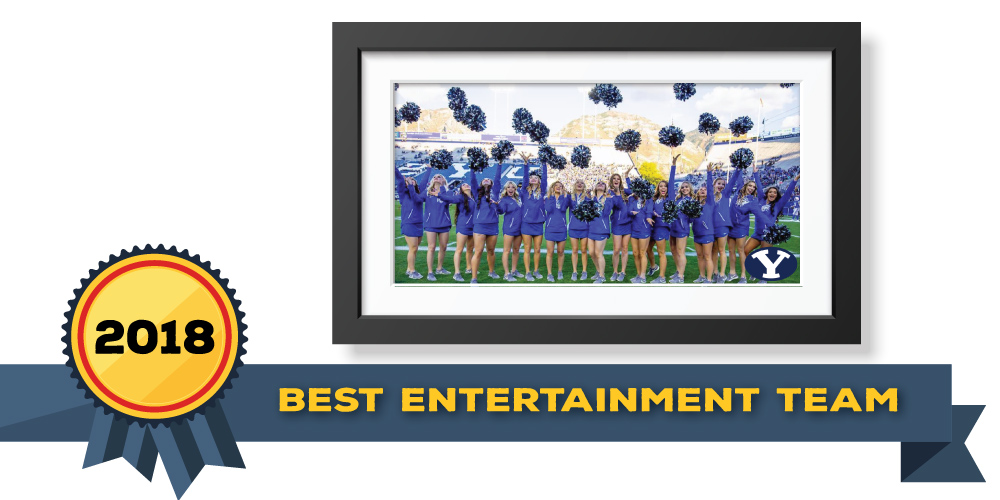 The BYU Cougarettes are a pom and dance team for Brigham Young University.  Performing at athletic events on the BYU campus and they also compete in national events. As of 2018, they have won 16 national championships and now they have won the Best Entertainment Team of 2018.

While some teams struggle to find the balance of talent and sexuality on their dance teams, BYU is showing that this team bursting with talent doesn’t need to vamp up in order to ramp up their entertainment value.

One panelist even overcame her personal dislike (as a U of Utah alumni) and proclaimed “I hate BYU, but love their dance team.”  They also gained some noted appreciation for their ability to incorporate the BYU Mascot into their eye-popping viral dances. 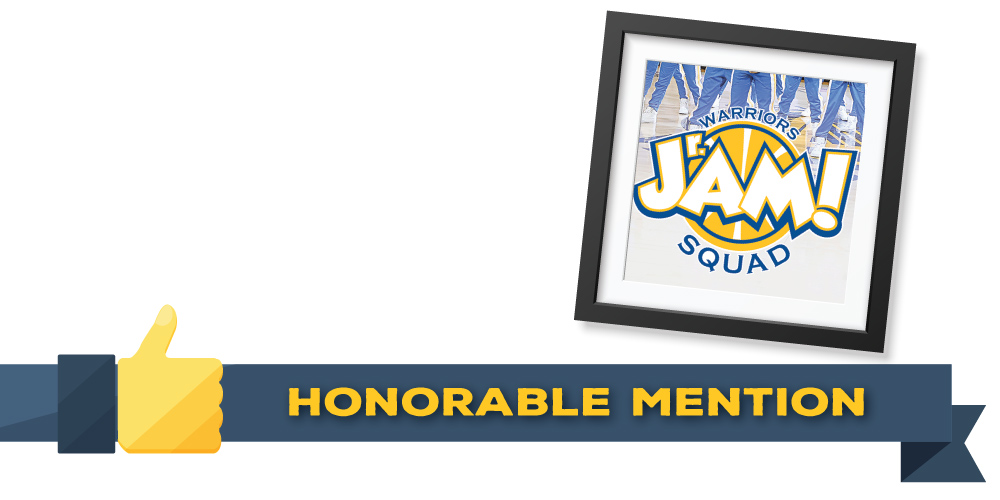 Junior teams have a really high ceiling and a low floor.  Meaning they can blow the doors off when done well, combining crisp fun dance choreography with the wow factor that its being done by elementary-aged kids. The Warriors Jam Squad showcase this high ceiling perfectly.  Cute with technical precision that is just plain fun to watch.

The panelists also gave high praise for the Brooklyn Nets Hype Team noting “(they) bring a great Brooklyn attitude to a Brooklyn venue. It just fits.” 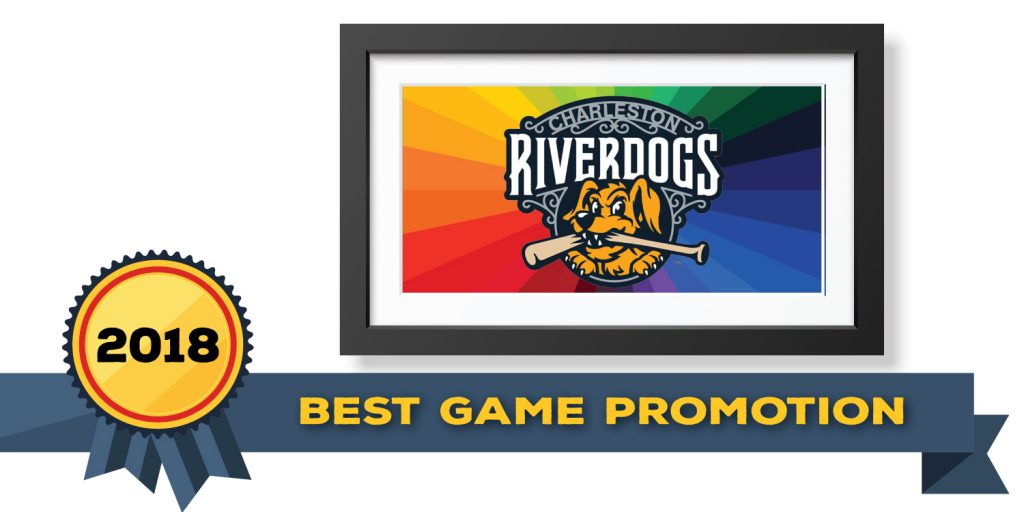 The Charleston Riverdogs created a memorable experience for fans with their Joseph P. Reilly and the Amazing Technicolor Ballpark Promotion (often called “Color Night”).  The game featured a crazy 7th inning stretch with corn starch colors being tossed around to create a messy spectacle as the centerpiece of the night.

The whole night at “The Joe” was bursting with color.  They also included food specials including tie-dye grilled cheese and a rainbow sugar funnel cake. There were kids coloring stations, painting areas, and Fox Music will be providing a piano to the RiverDogs to be painted that night by Kris Manning,

“The RiverDogs emphasize the experiential above all else, and the Technicolor Ballpark was a truly unforgettable experience,” explained a well-traveled baseball expert.

Our panel was very diverse in their praise for promotions this year.  Also receiving votes were Bob Ross Night #2, The Saint Paul Saints Giant Animal House Food Fights, Backyard Baseball Night from the Lansing Lugnuts, Millennium Nigh from the Montgomery Biscuits, and the Durham Bulls Stranger things Night.

Water Cooler Moments are those that create conversation.  Mascot skit, theme night, giveaway or wacky contest.  We seek them out and serve them up on Gameops.com DAILY Monday through Friday.  Click on the Water Cooler on our home page to see this fresh daily content.  Gameops.com Water Cooler Pages

Colleen Flynn from Boxxed Up joins the Party to talk about the suite of tools they have developed for mascots and teams. Plus Cameron Hughes on the importance of building traditions and much more.