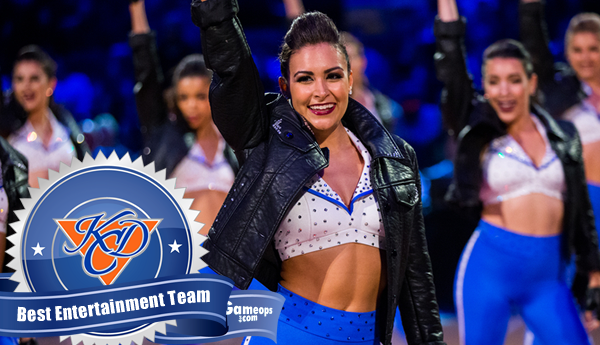 The Knick City Dancers (KCD) have been setting a high bar at Madison Square Garden for a quarter-century.  With a focus on production value, versatility, and unparalleled talent their lofty goals are to stand out in New York City…and they do.  Their on-court performances are crisp and often include high-level stylized costuming.

Here is a sample, notice the polish and precision of the team and the production values that really set them apart from other NBA teams.

When a team can build their entertainment around a performance team like this it helps build their brand and adds an extraordinary amount of value to the fan experience.  In recent years the KCD have become the class of the NBA.

One panelist summarized: “When you stay at the top of the heap in terms of attendance, ticket price, and prestige while your team absolutely stinks on the court… there’s obviously SOMETHING going on at the games that works. The Knick City Dancers are bigger than just being the “Knicks’ Dance Team”. Impeccable choreography, beautiful and talented girls, and the glitz and glamour of the Big Apple and the Garden.” 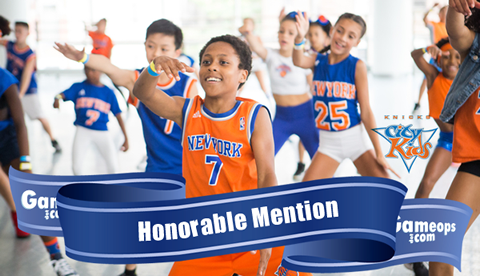 For the second time in as many years the Knick City Kids pull in an Honorable Mention from our panel for Best Entertainment Group. Perhaps overshadowed by the Knick City Dancers, these kids do more than hold their own at MSG. Their crisp and playful choreographed routines are always a favorite among fans at the Garden. While many teams simply sneak by with the “cute” factor of kids dancing the Knicks are producing high-value costumed numbers that would make many NBA Dance teams blush.

As one NBA executive explained: “The Knick City Kids are head and shoulders above some of the adult dance teams in the league.”

Alsoo receiving praise from our panel include the Q Stix (Cleveland Cavaliers), NBA Dance Teams in Boston and Portland and the dancing Grounds Keepers for the Tampa Rays. 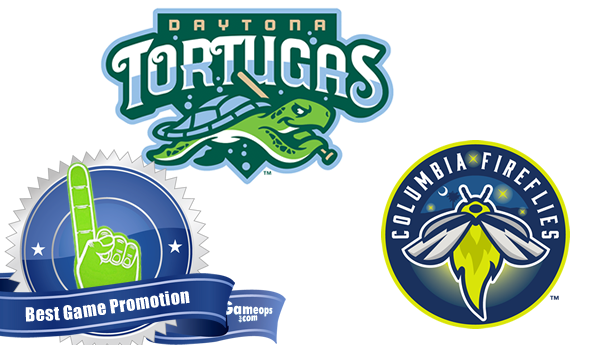 In the path of totality the Columbia Fireflies held a unique opportunity, and they seized it.  Creating a magical day at the park that included a planned 19 minute play stoppage.  They handed out special viewing glasses and nearly 10,000 people (including our panelist Ben Hill) experienced a total eclipse of the sun together.  Great example of the shared experience a community can have through it’s sports team. One panelist noted “It took a lot of forethought and planning, and the community won’t ever forget that experience…great example of the ballpark being the center of a community.”  Another playfully found it “unfair” they had a natural phenomenon as the draw, but they did and they utilized it to the max.

You can hear some of the early planning in our interview with Abby Naas from the Fireflies. [golink]1281[/golink].  This also marks the second year in a row the Fireflies have taken top Game Promotion Honors on Gameops.com, in only their second year in existence….not bad.  You can also read Ben’s account here.

Bob Ross is native to Daytona Florida and the team embraced Bob Ross in all of his glory for one night.  The promotion included a bobblehead, painting classes, dress-up contents in honor of the deceased former TV-show painting icon.  The team staged a 5k event in connection with the promotion along with tree plantings near the stadium. Amazing and thoughtful execution made this promotion a Best of 2017 stand out. 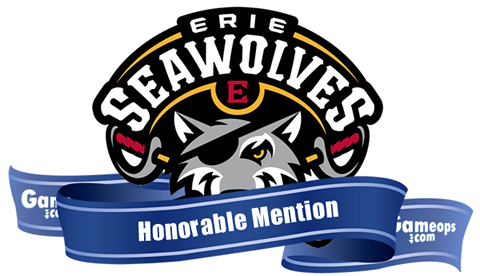 The Erie Seawolves had fun with a promotion last summer.  They had fun in the creation, the marketing and the execution and you could tell.  And that’s what its all about.  And about ticket sales…so when the team announced over 1.2 million fans would attend the game, we knew we had a promotion to watch in our Best Game Promotion category.

Alternative Facts have been around since….well, since Kellyanne Conway coined the absurd term in January.  The Seawolves ran with it from there.  They included a 2016 replica Championship Ring giveaway (even though they didn’t win that year, their opponent RubberDucks did).  They filled the night with off beat facts and folly, all while finding a way to walk the fine line of having fun with a political topic without turning off both sides.

Listen to the Best of 2017 Audio Round Table discussing all the categories and winners with out panel of Jon Cudo, Scott Carter and Benjamin Hill.- December 2017 Podcast

Water Cooler Moments are those that create conversation.  Mascot skit, theme night, giveaway or wacky contest.  We seek them out and serve them up on Gameops.com DAILY Monday through Friday.  Click on the Water Cooler on our home page to see this fresh daily content.  www.gameops.com/watercooler

The Best of 2022 Awards. Innovation, variety and creativity shine in this year’s look at the Best in Game Operations and Entertainment.