All Caps were on Key in Fredericks until the rain came…

The Frederick Keys are taping into some cross-sport appeal with a celebrity appearance by a former Caps player and post-game Fireworks. 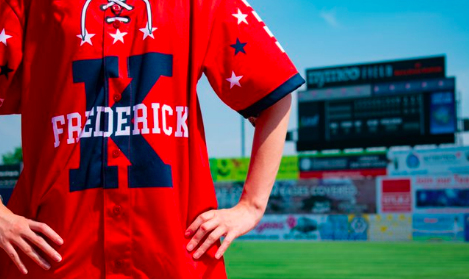 The game was #ALLCAPS night, borrowing from the NHL team’s hashtag, and it included:

However the weather did not cooperate:  Frederick Keys, the single A affiliate of the Baltimore Orioles, announced that their night devoted to the Washington Capitals was postponed due to the weather. Former Capitals forward Mike Knuble will not be in attendance.  But the team was quick to reprogram the night.

Put on your Caps jersey and come on out to meet @MikeKnuble22 tonight for #ALLCAPS Night from 6-8 PM – part of Family Fitness Weekend pres. by Premiere Dental Arts! Details below:

Dressing up a lil’ Biscuit

That Guy has a new book out. Check it out here.