Confetti can be a valuable tool for mascot, event operations and game entertainment professionals. This month we review how some teams are utilizing handheld launchers to enhance their presentations.

Confetti can be a valuable tool for mascot, event operations and game entertainment professionals. This month we are taking a quick lap around sports to see how some teams and mascots are utilizing handheld launchers to enhance their presentations.

In conjunction with this story, we have revamped our confetti offerings on The Store at Gameops.com. We now offer a larger variety of confetti and streamers, along with handheld launching options, and accessories. We have added inventory for all of these items and now offer better prices, faster shipping, more options and, by moving the inventory in-house, we offer our best service.

We’ve also added some videos to help explain what you need for a successful launch, different launch variations and uses. We think the videos will be extremely helpful for you to make buying decisions. 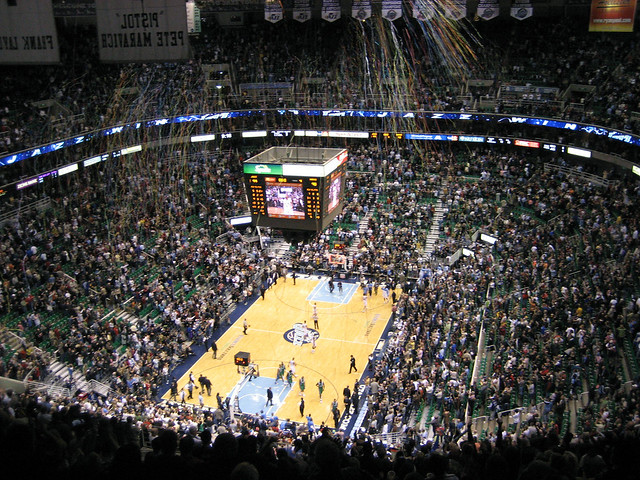 Teams use massive confetti drops to celebrate wins. Those launchers are most often done with large confetti blowers which suck out bulk confetti and blow it ito the air. Smaller and more targeted drops are often done with remotely triggered launchers. While Gameops.com can help with those launches, this story focuses on smaller handheld launchers that can be held and triggered by individuals like mascots or event staff.

Jonathan Brooks of the OKC Thunder (NBA) use streamer guns during many of their in-game promotions which take place in the stands, like lucky rows, season ticket holder of the game, etc. They have found it is a great way for the other fans to locate where the promotion is taking place in the stands…and it adds a little flare and excitement. Thunder mascot RUMBLE use the streamer gun when he arrives at almost every appearance. Brooks explains that “the loud pop attracts attention and makes it seem like something really cool is about to happen. It also seems to loosen up the crowd.”

Ira Campbell of the Lake Erie Monsters (AHL) game presentation department explained that he uses confetti at least once a game. Usually using it when the team comes out to start the second period when the music is playing and the crowd is getting fired up. They occasionally use it at the start of third period as well, it just depends on the mood of the crowd and the flow of the game.

The Monster’s mascot Sully also uses confetti for parties or special suite appearances. The confetti is great, the loud noise with the visual is pretty cool and the fans seem to respond well. It’s a simple thing but fans react like we just did a magic trick when the confetti shoots up as they go “oooooooo!”

Trey Mock with the Indianapolis Colt (NFL) mascot program uses the streamers for all of the mascot entrances to school shows and any event that has an official “entrance”. The team will also use the streamers for introducing our owner, execs, mayor, and other dignitaries.

The Florida Panthers (NHL) mascot Stanley has also found several uses for confetti. He uses confetti for seat visits and prize giveaways. The team also uses confetti to add a little kick to any crowd prompts or in-game entertainment they are doing.

Stanley also admits to using confetti “a lot” during appearances – namely indoor appearances that call for a grand entrance (birthday, wedding, mitzvah, etc.) – especially when the character is escorting special guests into the banquet hall. The team also used them when it announced their dance team this season (our final auditions were in a public mall).

Cleveland Cavaliers (NBA) mascot Moondog uses confetti in-game to draw attention to his efforts to lead section of fans in clap beats. The mascot handler has two primary methods, either popping off a shot off just prior to entering the section or shooting off a celebratory shot when his cheerleading is followed by a Cavaliers basket in the game. 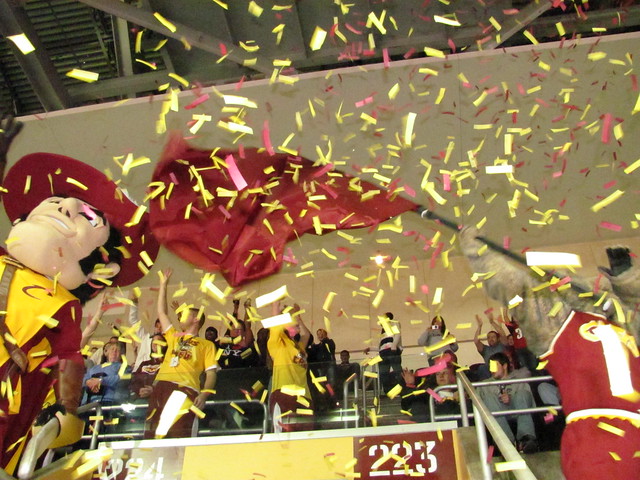 Here’s our attempt to explain this in as few words as possible:

For each launch we recommend the following: A launcher, a CO2 Cartridge, a “load” (confetti or streamer), a cap and tape. The launcher is reused, all other elements will be expended in your launch.

The load is inserted into your launcher. The cap is then taped to seal in the load. A CO2 unit is threaded to the launcher. Aim your launcher away from people, and pull the trigger.

There are some variations and optional ways to launcher which we will cover in the story below, but that’s the basic load and launch.

The most common question we get about confetti is, “Should I use Confetti or Streamers?”

First a quick description: Both are actually “confetti” in general. Small light typically colorful paper that floats down.

We use the term Confetti for the small unattached pieces of paper that float down. Pieces are usually small rectangles ¾ ” by about 2″, but they come in many shapes, and can even come in die cut shapes. To make loading narrow launchers (like the 24″ handheld and Pocket Pistols) more efficient, confetti is often wrapped into small bundles and packaged into narrow sleeves. Sleeves are then opened up and the loads orderly slide into the launchers. In one sleeve of confetti there can be over a thousand small pieces of confetti. Confetti is also sometimes called “slow fall” confetti, due to the slow fluttering pattern it makes as a it falls to the ground.

Streamers are long rolls of confetti paper, like a miniature roll of toilet paper. Like confetti, streamers are often packaged into narrow sleeves. Sleeves are then opened up and the streamer loads orderly slide into the launchers. In one sleeve of streamers there can be 20-40 of these rolls of paper streamers 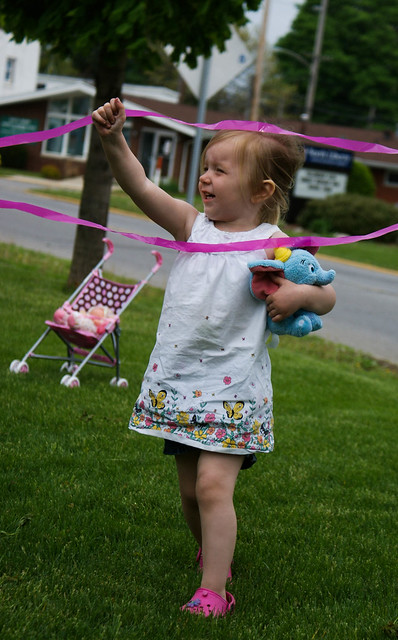 So, which should you use? First step is think about clean up. Many arenas and stadiums don’t allow confetti use. Confetti is difficult to clean up and this is usually the #1 reason people use streamers over confetti.

Christian and Scooby are America’s Got Talent Finalists and Halftime Specialists.